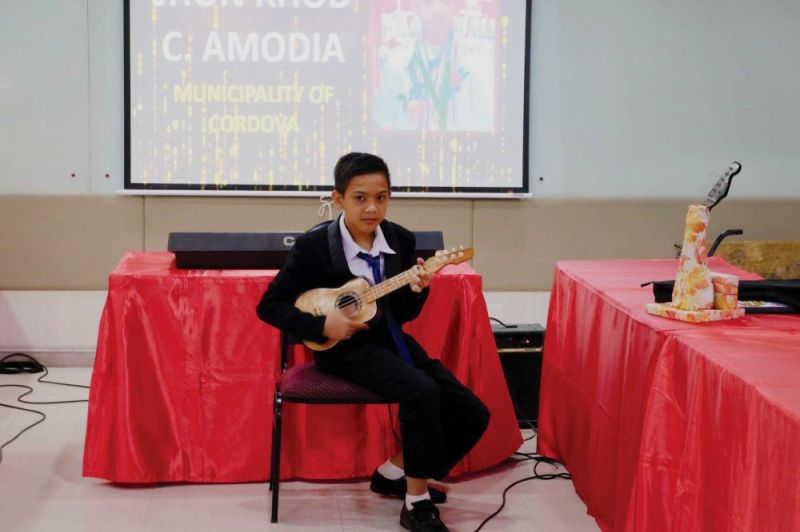 A SEVENTH grader from Cordova town, Cebu was declared regional winner for the 2019 Search for Exemplary Pantawid Pamilya Children of the Department of Social Welfare and Development 7.

They will be recognized during the fifth Panaghiusa Festival in October and will attend the National Children’s Congress (NCC) in November. Both events will be in Metro Manila.

Amodia’s father Teodulfo is a construction worker. The boy’s mother Jonalyn is a housewife who manages her own sari-sari store. She also sells food in the neighborhood to augment the family’s meager income.

Growing up in a Christian home, the boy always goes to church with his parents. At two years old, he was already exposed to the musical instruments at his church.

One Sunday years ago, after the church’s praise and worship, Amodia gathered the cookware, such as pots and plates, and used these as his drum kit.

The church’s pastor discovered Amodia’s potential, so he bought him a toy drum set, sparking the boy’s passion for music.

Amodia has developed a inseparable bond with playing drums; the musical relationship has grown and evolved over the years.

The boy now plays various musical instruments like piano, guitar, drums and ukulele at his church.

“My talent is a gift from God and I must use it to serve him. This talent of mine is to express my love to Jesus, not just to impress people,” he said in Cebuano, adding that his favorite worship song is 10,000 Reasons (Bless the Lord).

Amodia believes in the power of prayer and said that through God, his father Teodulfo became a Christian. Upon knowing God, his father stopped his vices and has turned into a responsible provider to his family.

There were times that the boy would share to his classmates what he learned at his church, earning him a moniker the “Little Pastor.”

Amodia said he always prays every morning after waking up and before sleeping at night. He prays when he eats, goes to school and feels uncertain of things around him.

Known for his good leadership, he was elected as the president of the Supreme Pupil Government at his school. He attended seminars and takes a strong stand against drugs, cyber pornography, child abuse and bullying.

He shares his knowledge to his fellow pupils and friends in his community.

With the government’s assistance through the Pantawid Pamilyang Pilipino Program, Amodia hopes to finish his studies and get a college degree.

“Education is important for us to achieve our goals in life,” said Amodia, who dreams of becoming a doctor someday. (S)