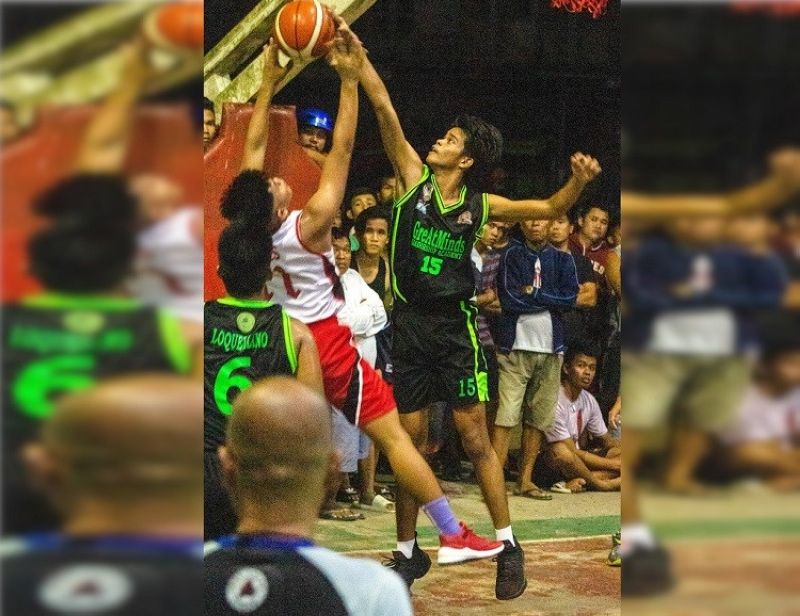 GET THAT OUT OF HERE. Kobe Naron blocks a shot by CKA for one of his seven blocks during their Bohol Schools Athletic Association game. (Contributed Photo)

THE GreatMinds Leadership Academy (GLA) had itself quite the weekend as it picked up a couple of wins in separate divisions in the Bohol Schools Athletic Association Season 9 basketball tournament on Sept. 21, 2019 at the Antequera Municipal Gym in Bohol.

GLA slipped past the Christ the King Academy (CKA), 86-82, in the Juniors division, as Kobe Oswald Naron filled the stat-sheet up with his 28 points, five rebounds, four assists, two steals and seven blocked shots.

CKA was up, 67-61, heading to the fourth canto but GLA managed to scrap past them in the fourth, thanks to a 25-15 outburst.

Then, in the 14-under division, GLA blew away CKA, 100-66, behind the terrific performance of Joshua Nykon who had 28 points and 11 rebounds along with two assists, four steals and three blocks.

The second period was all GLA needed to put away CKA, as it outscored the latter, 28-9 during that stretch to bring a 52-28 lead at halftime. (JNP)