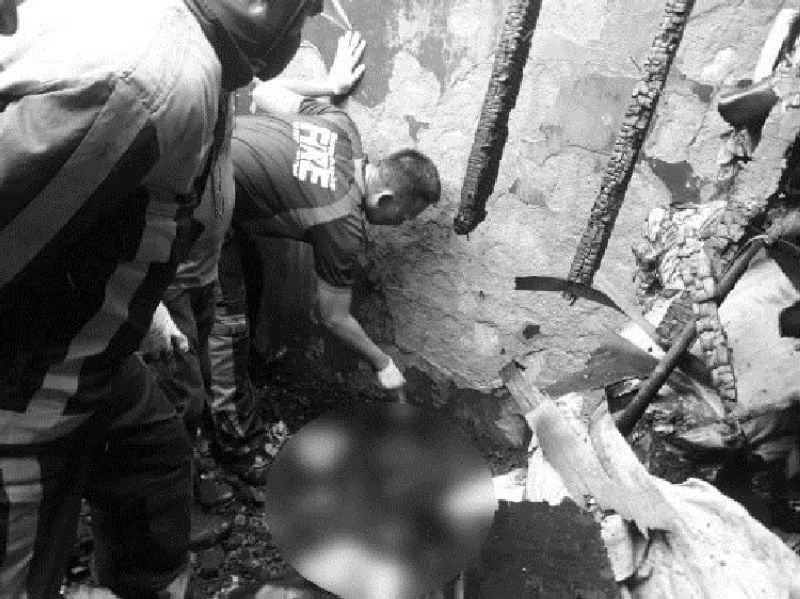 CEBU. A five-year-old boy was killed after he failed to escape his burning house in Barangay Agus, Lapu-Lapu City on Monday morning, September 23, 2019. (Photo contributed by Ariel Berdon)

A FIVE-YEAR-OLD boy was killed after he failed to escape from his burning house in Barangay Agus, Lapu-Lapu City on Monday morning, September 23, 2019.

Firefighters eventually found the charred remains of Mon Harry Anhao at the side of what remained of his house’s stairs.

Anhao was reportedly left alone at their house while his parents were selling food in a carenderia just a few meters away.

The fire only destroyed Anhao’s house.

Fire investigators are still trying to determine what caused the blaze. (From FVQ of Superbalita Cebu)