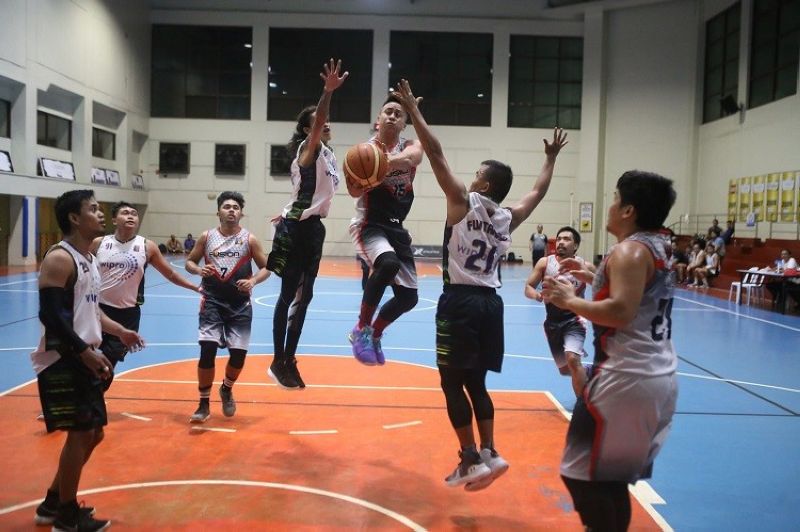 Nino Belande had a triple-double in Fusion's huge win over Dreamscape. (Contributed photo)

NIÑO Belande registered a huge triple-double to help the Fusion BPO Dragons snap a four-game losing slump with an 81-66 victory over the Dreamscape Lions in the Elite Classic division of the Tanduay Athletics E-Leagues for Basketball Season 15 at the City Sports Club-Cebu basketball court.

The left-handed Belande collected 18 points, 14 rebounds, 10 assists and four steals, which proved to be enough to get their victory, their fourth in eight games. Justine Mier submitted crucial numbers for the Dragons, as he scored a game-high 19 points to go with eight assists, four rebounds and two steals.

Roy Quiachon Jr. and Janille Bantilan pitched in 10 points each in a balanced attack by the Dragons, which came back from a 14-18 first quarter deficit by dominating the last 30 minutes of play.

Former University of the Visayas wingman Matthew Oche fired 33 points and also added 14 rebounds, five assists, two steals and two blocks but his stellar performance was not enough to keep Dreamscape from dropping to 3-5.

In the other Elite classic match, the QBE Generals clipped the ePerformax Reds, 69-68, to get their very first win of the tournament. Johnrey Girasol fired in 27 points, while Stuart Foot contributed 18 as the Generals finally ended a six-game losing streak.

On the other hand, the Reds continued to freefall downwards, losing its sixth game in a row. (SunStar Cebu)