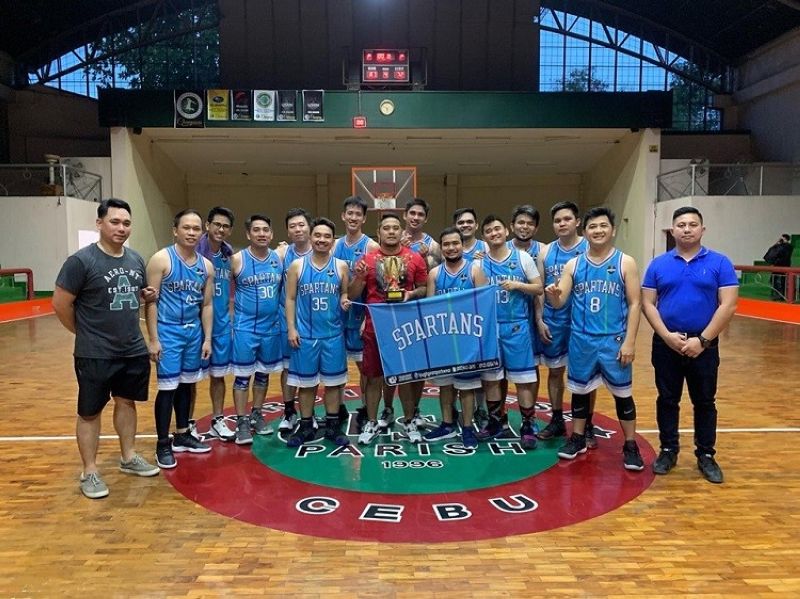 THIS IS SPARTA, YOUR HONOR. Members of the Spartans basketball team celebrate after winning the first conference of the IBP Basketball League. (Contributed Photo)

THE Spartans emerged as champions of the Integrated Bar of the Philippines (IBP) Basketball League 2019 First Conference as they routed the 1Cebu Lex Idols, 87-72, in the finals on Sept. 21, 2019 at the Capitol Parish gym.

The Spartans created some distance between them and their opponents by dominating the middle periods, 46-19, to come away with the comfortable win and capture the trophy.

Charles Divinagracia led the Spartans in scoring with 23 points while Nate Garcia helped out with 19 of his own. Redemtor Regis and Oliver Moeller added 15 and 10 markers, respectively.

Fermin Pepito had 25 points to pace the 1Cebu Lex Idols.

The tournament was hosted by IBP Rebels represented by lawyer Marco Pacoli. The league was conducted under the supervision of league commissioner Bertoni Salazar. (JNP)