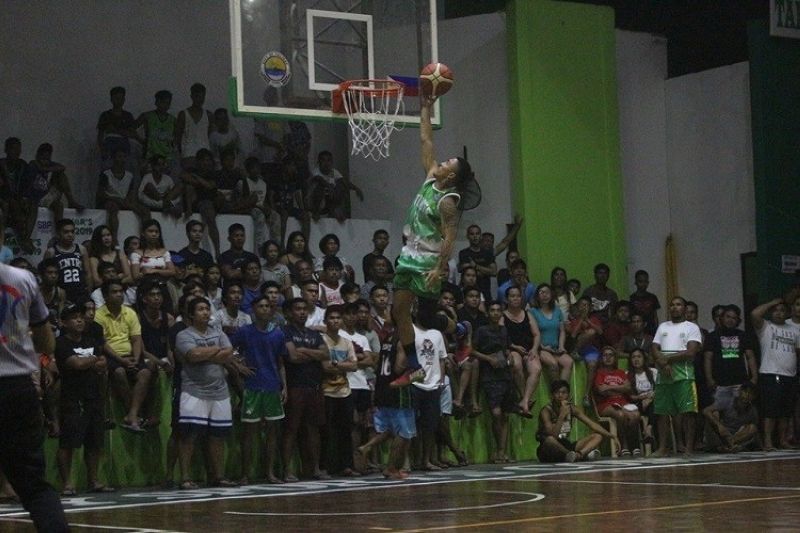 A player from Tangke soars for an uncontested layup. (Contributed photo)

CANSOJONG and Tangke barely broke a sweat in advancing to the semifinals as they easily disposed of their opponents in the quarterfinals of the Seniors division of the Talisay City Mayor’s Cup basketball tournament at the Talisay City Sports Complex on Sunday, September 22, 2019.

Cansojong ousted San Roque, 101-57, while Tangke eliminated Mohon, 101-90, to book their seats in the semifinal round.

Cansojong did not waste any time in asserting their dominance as they ran off to a 57-30 lead at halftime and never looked back. Marnie Ybanez led the scoring binge for Cansojong with 24 points while Jade Restauro added 17. Christian Sayson put up 13 while Rodelio Abapo and Philip Geraldez finished with 10 points apiece.

Tangke on the other hand, was led by the 26 points of Lourben Manayon. Dexter Costanilla tallied 16 while Daryhl Fernandez chipped in 12.

Over in the Juniors division, Pooc and Tangke moved on to the semifinal round with wins in the quarterfinals.