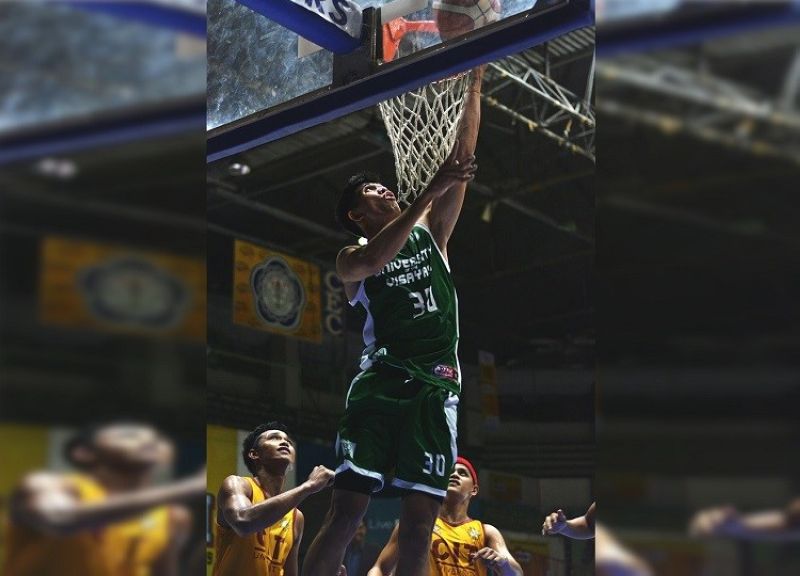 REMATCH. Melvin Butohan and the University of the Visayas Green Lancers will take on 2018 runner-up University of San Jose-Recoletos. (Contributed Photo/Cesafi Media Bureau)

THE University of the Visayas (UV) Green Lancers will face off against the University of San Jose-Recoletos (USJ-R) Jaguars in a finals rematch that will look drastically different from the championship showdown that rocked the Cesafi last year, on Tuesday night, Sept. 24, 2019 at the Cebu Coliseum.

Tip off is at 6:30 p.m. with the Green Lancers looking to feed off the momentum of their merciless 105-65 bashing of the Cebu Institute of Technology-University, which bumped their win-loss record to 3-1.

UV and USJ-R squared off for the championship last season although the rosters of the two squads look far different from the ones that did battle in 2018. Gone for UV are reigning MVP Rey Suerte and Toto Segumpan, while USJ-R has lost most of its core led by Segamars Ewenike, RJ Dinolan, Nichole Ubalde, Fletcher Galvez and one-time MVP Jaybie Mantilla.

For UV, it intends to see its slow-paced approach to the season through, with head coach Gary Cortes hoping to make sure that his players peak at just the right time.

“This is a long season and we just want to follow our slow-paced approach and play one game at a time because it’s difficult for the players to peak at the wrong time,” said UV’s fiery head coach.

Cortes added he believes his team is on the right path desspite suffering a 64-72 loss to the University of Cebu (UC) Webmasters the other weekend.

“Our short-term goal is make it to the top four, and getting a top two finish would be so much better. I think we are on the right track right now,” Cortes added.

Meanwhile in the high school division, the defending champions University of Cebu Baby Webmasters will put their unbeaten record on the line when they battle the struggling USJ-R Baby Jaguars. (JNP)