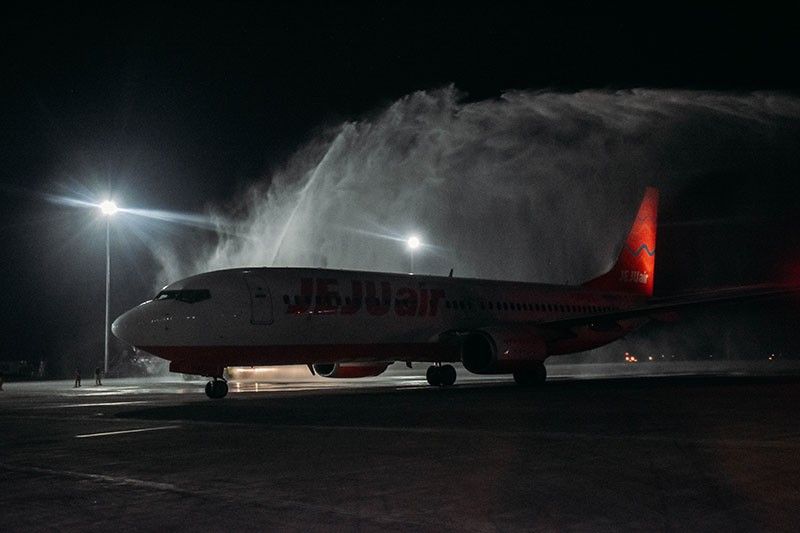 The aircraft was hailed with a water cannon salute by MCIA.

“We are glad to welcome Jeju Air’s inaugural flight from Daegu and we thank them for expanding their network to Cebu,” said GMCAC president Louie Ferrer. He also added that the Asian market continues to be some of the strongest for Cebu.

In 2018, Koreans comprised 42.5 percent of international visitors followed by Japan and China at 16 percent and 11 percent, respectively.

For the first half of this year, the DOT announced that South Korea continues to be the Philippines top tourist market, followed by China, while Japan ranked fourth.

“We continue to work on opening more connections to Cebu from our Asian neighbors. Cebu’s central location is highly strategic, with most domestic tourist destinations only an hour’s flying time or less,” said Ferrer. “Our goal is to establish MCIA as a hub for flights to the Philippines and even other Asian countries.” Jeju Air also started operation of its direct service from MCIA to Daegu on Sept. 18 at 1:15 a.m. The carrier will operate the Cebu-Daegu route four times weekly, every Tuesday, Thursday, Saturday, and Sunday. For this route, Jeju Air will use Boeing 737-800 with a capacity of 189 all-economy seats.

“We are thrilled to grow our network in MCIA because we see Cebu as a bustling city, yet it still has many scenic tourist spots which entice the Korean travelers,” said Jeju Air station manager Keunwoo Lee.