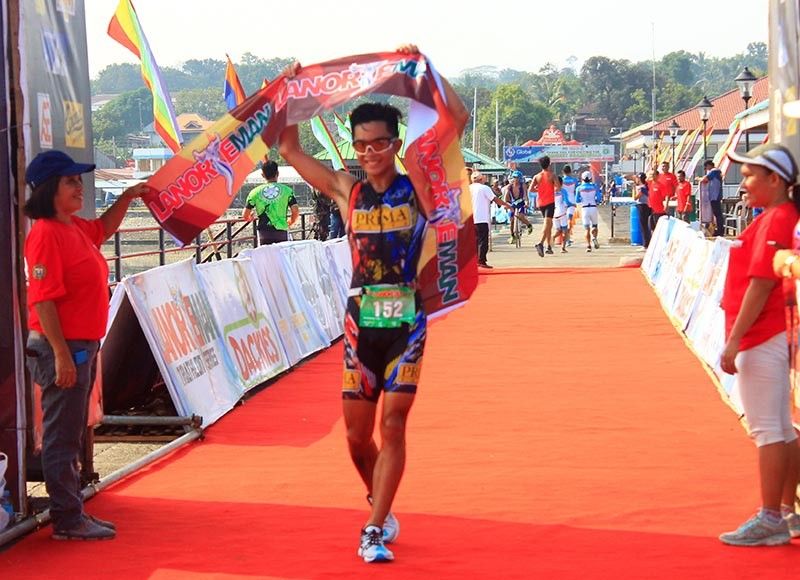 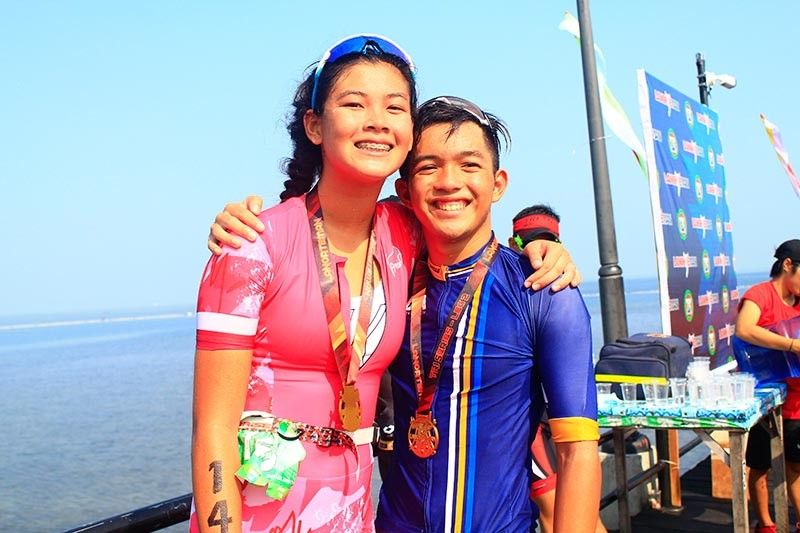 CAGAYAN DE ORO. Philippine team members Juan Francisco Baniqued and Gene Heart Quianbao, both of Unilab Active Health, wins the overall male and female categories for sprint, with the former finishing in 1 hour, 21 minutes and 18 seconds, and the latter in 1 hour and 32 minutes. (Jo Ann Sablad) 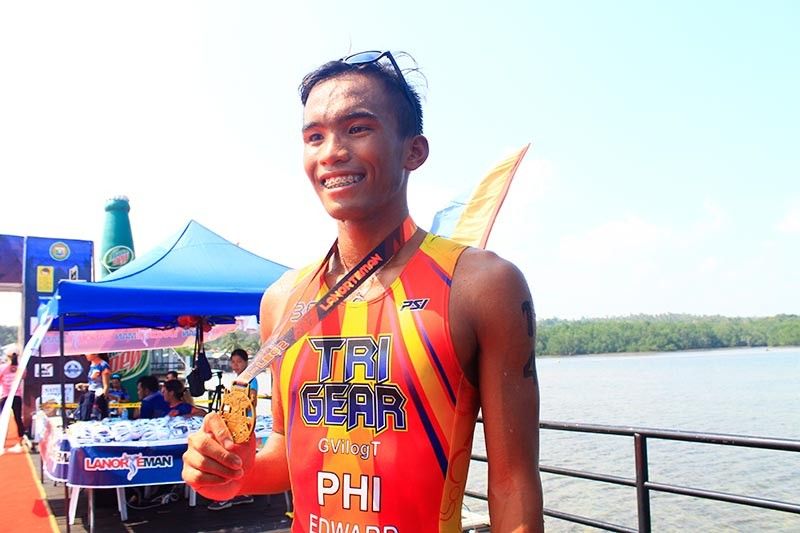 EDWARD Vince Jared Macalalad of Trigear and Karen Manayon of Rider Omega Tri won the Over All Male and Female categories for standard distance race in the second leg of the 2019 Lanorteman held in Kauswagan town, Lanao del Norte Sunday morning, September 22.

Fernando Jose Casares of Black Arrow Express was about a minute behind Macalalad, while Jorry Ycong of Omega Tri Team was around six minutes behind the overall male winner, ending up at second and third place, respectively.

Meanwhile, Philippine team members Juan Francisco Baniqued and Gene Heart Quianbao, both of Unilab Active Health, won the overall male and female categories for sprint, with the former finishing in 1 hour, 21 minutes and 18 seconds, and the latter in 1 hour and 32 minutes.

Baniqued said he was having a hard time pedaling during the first part of the bike course as it was right after he swam for the 750-meter swim.

Baniqued and Quiambao were the first to finished the swim course.

National Coach Annie Brown of the Philippine team said that they have seen lots of talent in Mindanao, adding that they have juniors who are from Iligan City, Bukidnon, Cagayan de Oro City and Lanao del Norte.

Sisters Gene Heart and Bea Marie Quiambao are from Bukidnon.

Coaches Annie and Dan Brown were present during the Lanorteman 2019. They said that apart from observing the Philippine team members who joined the traithlon, they were also scouting for potential triathletes to become members of the Philippine team.

The third leg for 2019 Lanorteman Triathlon is set to happen on November 24 in Sultan Naga Dimaporo, Lanao del Norte.