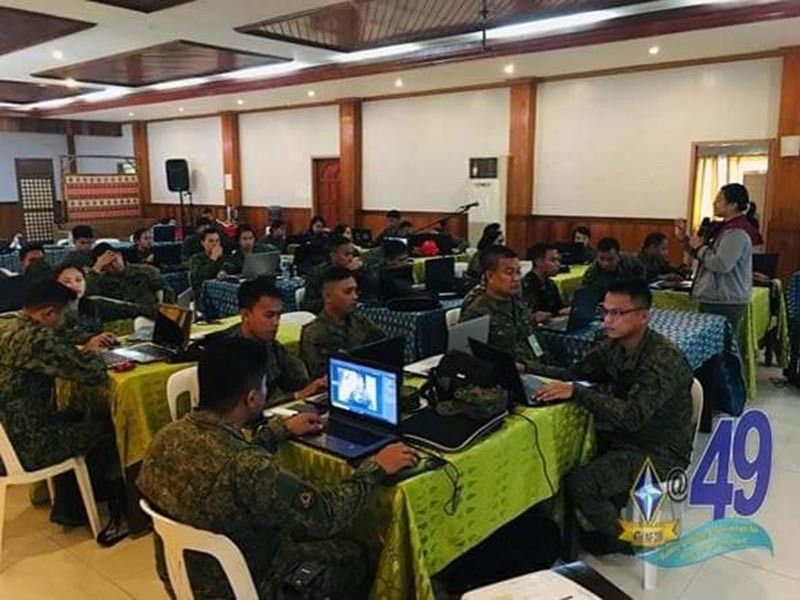 The five-day training, from September 16-20, was attended by 50 CMOs of the infantry brigades and battalions, Tactical Operations Group, Philippine Air Force, and the Philippine National Police from Northern Mindanao and Caraga regions.

Major General Franco Nemesio Gacal, 4ID commander, said the CMOs are needed to fight the rebels "who are not only operating in the mountains, but on different social media platforms."

"We need to effectively counter their lies and deception that are circulating online. Social media is one platform that will allow us to proactively counter their propaganda by disseminating the true narrative so that we can protect and save our people, especially the youth, from their online recruitment," he said.

"We also believe that social media will enable us to spread accurate and timely information about the government's peace and development efforts to end local communist armed conflict," Gacal added.

The military said the training discussed the importance of social media in achieving CMO objectives through effective dissemination of information.

Colonel Michelle Anayron Jr., 4ID chief-of-staff who was the keynote speaker, reminded the CMOs that their role is "equally relevant with soldiers in the front lines of the battlefield."