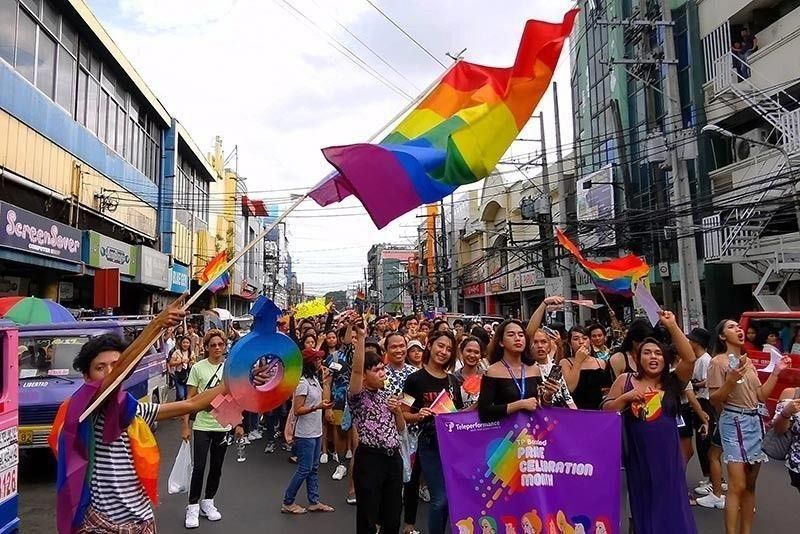 A RELIGIOUS group, which originated in Davao City, opposed the passage of sexual orientation, gender identity and expression equality (SOGIE) bill, saying that some of the provisions of the bill is “anti-family” and “anti-Filipino”.

Mel Techo of the Coalition of Concerned Families of the Philippines said during Kapehan sa Dabaw Monday, September 23, at The Annex of SM City Davao that to further drumbeat their stance, they will conduct a prayer rally on Monday, September 30 at 5 a.m. to 7 p.m.

Several religious groups surfaced and raised concern on the passage of the SOGIE bill that seeks to promote equality among members of the lesbian, gay, bisexual, transgender and queer (LGBTQ) community.

“Unang stand naming (Our first stand is) we are not against the LGBT... We’re against the bill because the bill itself is not only anti-family, it’s anti-Filipino in a sense,” Techo said.

He said that there are already existing laws to protect the rights of the LGBT, which only needs to be enhanced to prevent them from being discriminated because of a person’s sexual orientation.

Techo added, “Pangalawa (Second), we believe there are enough laws in the land to protect the lives of individuals across the divide whether LGBT ka or straight ka.”

Techo said that when it comes to freedom of expression, they were already provided with the freedom to voice out their concerns as guaranteed by the constitution.

Next week, they expect to gather some 5,000 individuals coming from different groups during their rally such as the G12, Jesus is Lord, and other Baptist churches who committed to join the activity.

Pressed further to comment on the recent crimes committed against the LGBT personalities, the group said that crime knows no gender and everyone is prone to be victimized not specifically the LGBT community alone.

On the divided views of other churches regarding the passage of SOGIE Bill, he said that they respect their opinion since they are living in a democratic country but they are still against it.