Have your children vaccinated: Capitol pleads with parents 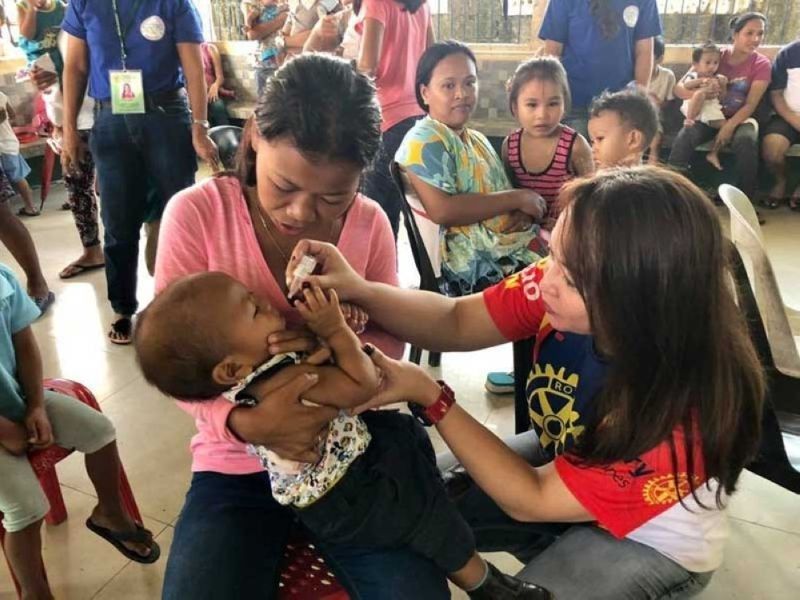 ALTHOUGH there are no cases of polio infection in Cebu yet, the Cebu Provincial Government has urged parents, especially those of newborn babies, to have their children vaccinated.

Records from the Provincial Health Office (PHO) revealed that as of June 2019, at least 26,000 children in Cebu below one year old had been vaccinated against polio already.

PHO head Cristina Giango said her office’s target for this year is to vaccinate around 73,000 children. This means the PHO has already vaccinated 70.5 percent of its target this year.

Giango explained that they have lowered their target rate for 2019 compared to last year based on the Philippine Statistics Authority’s 2010 survey.

She said the Dengvaxia scare was a factor as to why there were fewer parents who had their children vaccinated against polio.

While the polio virus can strike at any age between 15 years old and below, Giango said children below 12 months old are prioritized since their age group has a higher infection rate.

“We encourage parents to take their children to their local health centers so that they can be vaccinated,” Giango said on Monday, Sept. 23, 2019.

The country had been polio-free in the past year 19 years until two children from Lanao del Sur and Laguna were recently infected by the virus.

Polio is a contagious viral illness that, in its severe form, can cause paralysis, difficulty in breathing and sometimes death if respiratory muscles are affected. It is caused by a very infectious enterovirus poliovirus, which primarily affects children.

Symptoms for polio include fever, severe muscle pain, paralysis, difficulty in breathing, and inability to move the affected arm or leg.

There are three types of poliovirus—Types 1, 2 and 3. But Type 2 was no longer in circulation since 2015.

There is no treatment for polio, but support treatment based on the symptoms manifested by the patient may be done.

Preventive measures include getting vaccination with three doses of oral polio vaccine.

The final dosage, which will have a combination of live and inactive polio vaccine, will be given when the child turns three-and-a-half months old.

Giango said the vaccines, which were given by the Department of Health (DOH), will be distributed to local health centers in component cities and towns.

The vaccines in local health centers will be given to the children for free.

The DOH is expecting the monovalent vaccines from the World Health Organization to arrive in early October and these will be included in the ongoing mass vaccination campaign. RTF