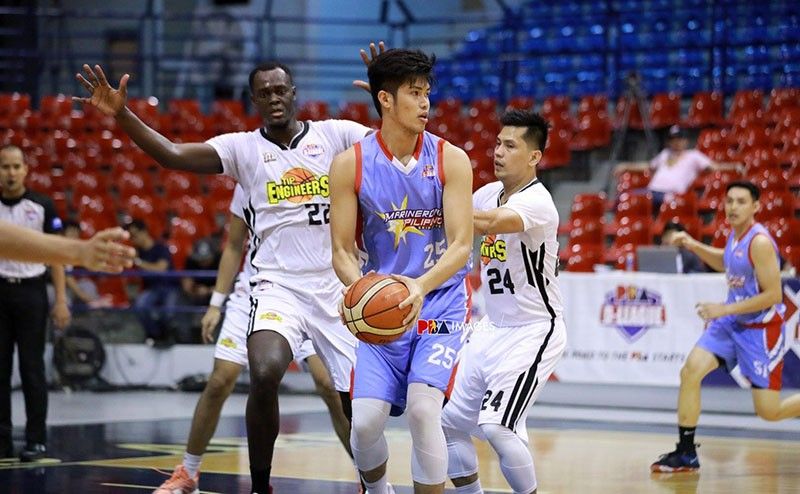 THE Cebuano big man tandem of William McAloney and Leonard Santillan held their own inside to tow the Marinerong Pilipino Skippers past the Technological Institute of the Philippines (TIP), 96-79, and swept its way to the 2019 PBA D-League Foundation Cup Finals Monday, September 23, at the Paco Arena in Manila.

McAloney, who plays for the Cebu Sharks in the Maharlika Pilipinas Basketball League (MPBL), had 11 points and seven rebounds while Santillan, the product of the University of the Visayas, added 10 as the Skippers pulled away late in the third canto with a 17-0 blast that turned a 61-58 lead into a huge 78-58 advantage.

Byron Villarias buried seven treys for the Skippers to finish with 25 points, including eight in the aforementioned salvo.

The dam eventually broke in the payoff period as Skippers enjoyed a lead as high as 28 points, 92-64, following a Jordan Rios bucket with 6:36 left to play before cruising to the 17-point win, their ninth straight win this conference.

Marinerong Pilipino now awaits the winner between Centro Escolar University and BRT Sumisip Basilan-St. Clare in the other semis bracket for its foes in the best-of-three title bout.

Here are the scores: