Sibol Dota 2 Team 'will go for gold' in SEA Games 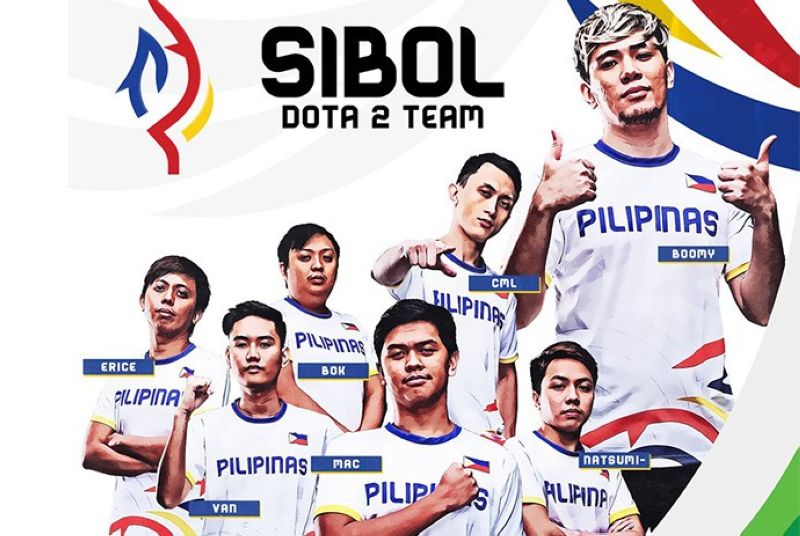 Though there had been questions to the selection of DOTA 2 team members who will represent the country during the 2019 SEA Games on December 5-10, Sibol Dota 2 coach and e-sports advocate Paolo "Sandata" Bago said the team they built through a combine last August will not disappoint as they are composed of "veteran players and exciting young talent." (Photo courtesy of Sibol team Facebook page)

THE coach for the Philippine Sibol Dota 2 Team is confident that they have a "good shot" to snatch a gold medal in their 2019 Southeast Asian (SEA) Games debut.

Paolo "Sandata" Bago said one of their advantages is their familiarity with the other players from the SEA server of Dota 2.

"We will go for gold gyud. I will not promise anything pero we will try our best. and if you look at other countries (in SEA), these are players that our players constantly play on a daily basis in tournaments and rank games. I dont think we are going to be surprised by anything. Really the focus is making sure that we are ready. So I am looking at this competition as a competition with ourselves. If we can get to a level that I know we can operate at. I'm happy," Bago said.

Though there had been questions to the selection of the team members who will represent the country during the biennial event on December 5-10, Bago said the team they built through a combine last August will not disappoint as they are composed of "veteran players and exciting young talent."

"We had a combine held at Circuit Makati some time last month and then from that combine diha mi namili og players. It so happen nga murag we pick a group of five established players kani nga team Adroit," said Bago, adding that they also sent invitation letters to Filipino players from Fnatic, TNC, and Mineski, but they all begged off from the combine as they are still fresh from competing in TI 9.

Bago said they have veterans like Boomy (Rushton) who has been playing support and carry roles since he started his career with Arcanys Gaming back in 2013.

Another veteran in the national team to watch out for is Mac (Villanueva) who is known in DOTA 2's SEA server as a high-ranking player.

Bago, a former Cebu-based journalist, said being appointed to a coaching role in Sibol was a surprise for him.

"Originally I was supposed to oversee lang gyud the training process of all the coaches. But then some time in June, gi-contact ko og niingon sila nga 'Pau pwede ikaw nalang mag-coach.' So I said 'are you sure?' ang akoa man gud because I have commitments to a pro team murag I might not have the time... Ana man sila nga mas makatabang kung naa ka didto. So I said yes. I learned about it around June," he added.

Aside from being part of Sibol's coaching team, Bago also serves as analyst for Fnatic and creative director for Tier One Entertainment.

But aside from chasing the gold medal, Bago said the opportunity to educate the public about e-sports is one aim they want to achieve in this year's SEA Games.

"I view it as an opportunity to really just spread more awareness. Just because we are part of the SEA Games right now, doesn't mean na murag na nawala na ang misconception about gamers. To me, just by being there then we can open that channel for communication. We can show them what we are about, we can show them what trainings actually like, we can show them that no we are not all zero social skills. Para nako mao na ang pinaka biggest power of it and the SEA Games to me is a good platform to showcase the good parts about the industry," Bago added. (JKV/NDT)