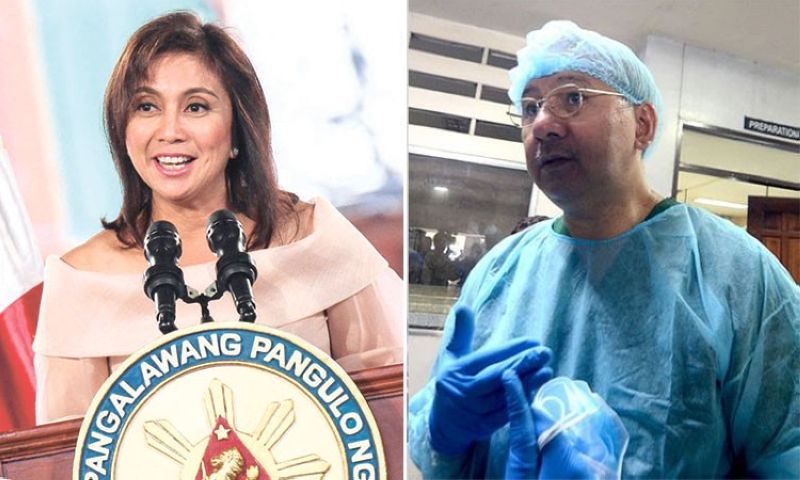 [2] The PAO crime lab was not a division but consisted only of eight plantilla positions attached to PAO. Apparently, it was run by Acosta as a division.

[3] Did the PAO crime lab have the authority to conduct autopsies, even in cases the police or the NBI was already handling, such as in the Christine Silawan murder in Lapu-Lapu City?

Assault on the creation of the forensic laboratory of Public Attorney's Office (PAO) in the current Senate hearings on the general appropriation budget for 2020 has drawn the interest of Cebuanos who remember the lab's role in the investigation on the Silawan killing.

The forensic lab under then Dr. Erwin Erfe sucked in its Silawan work:

[1] Its findings contradicted those of the PNP Crime Lab, which weakened the NBI case against the suspect at the time, a 17-year-old former boyfriend of Christine Silawan, 16, a Grade 9 student whose body was found on a vacant lot in Mahayahay, Bangkal, Mandaue City last March 11, 2019.

[2] The PAO forensic findings were proved to be wrong when the self-confessed killer, Renato Llenes, was arrested on a separate case involving drugs.

Llenas admitted the killing but rejected the charge of murder filed by police. The confession also contradicted two other major PAO findings: that he poured acid on the face of the girl (he used only scissors in killing her and skinning off her face); and that he raped her (he wanted sex but she refused and he killed her but didn't molest her sexually).

Would the alleged illegality of the creation of the PAO forensics lab have affected its findings in the Silawan case had Llenes not turned up and confessed to the crime?

PAO chief Acosta's interest in having its own forensics lab unavoidably was raised. Why create it (a) when it duplicated the two separate police and NBI crime labs, and (b) when its findings could contradict, as they did in the Silawan murder, what the other crime labs would find? The occasional contradictions in police and NBI results were confusing enough; a third crime lab would compound the problem.

The suspicion of Acosta's critics is that crime lab would put her in the news, particularly in high-profile cases such as the Dengvaxia controversy and the Silawan murder. Acosta had run for senator but lost primarily because most people didn't know her.

True or not, the PAO crime lab's gig is up. Most likely, it will be shut down. It is "de-funded," since its funds will be moved, Drilon said, to the NBI crime lab budget.

[1] LENI WIN IN PROTEST ALREADY DECIDED? The buzz is spreading but how true is this, that Vice President Leni Robredo won in the protest filed by former senator Bongbong Marcos against her? Senator Francis Pangilinan issued a statement that said "affirming" the victory of Robredo in the 2016 elections "means safeguarding the country's democracy."

Not categorical news but he must know something that most Filipinos don't know yet: the ruling of the Presidential Electoral Tribunal on the protest.

Some of us cannot. But PMA-ers such as Senator Bato were primarily trained to be warriors. Not every PMA alumnus can talk the way Ping Lacson does.

[3] P54-B PORK: JUST RUMOR OR WHAT? The talk, "peddled" by Senator Ping Lacson, says each of the 22 House deputy speakers would get P1.5 billion, while each House member would get "another P700 million to allot for their pet bills."

Meaning, the P1.5 billion would be on top of the P700 million allotted to each congressman or congresswoman. That would be about P54 billion in pork, said Lacson.