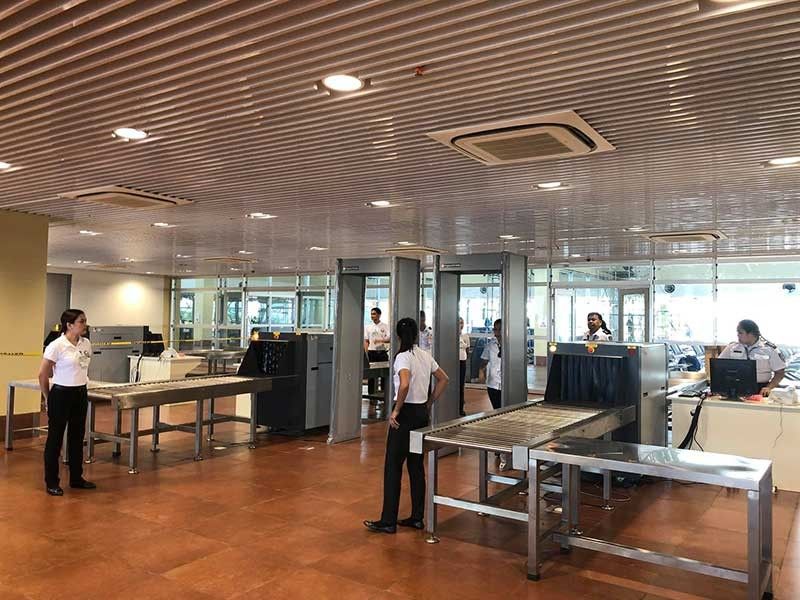 ABOITIZ InfraCapital Inc., the main proponent for the operation and maintenance of the Bohol-Panglao International Airport, will work to boost the international traffic to and from the island’s newest air hub once it takes over the facility.

Company chief operating officer Cosette Canilao said the infrastructure arm of the Aboitiz Group is eyeing to spend around P27 billion over a 30-year period of operating the Bohol airport.

In the short term, the firm is looking at spending around P300 to P400 million to make “immediate” improvements in the airport facility.

“Once we take over, we will do minimal upgrade and adjustment of the terminal. We will grow the international traffic to Bohol and the domestic,” she said in an interview on Tuesday, Sept. 24, 2019.

They will invest in expanding the airport’s reliance on solar power to cement its reputation as the country’s first eco-airport, she said.

The official noted they are planning to integrate eco practices like using solar power in the airport operations.

The Aboitiz Group’s unsolicited proposal to operate the new Bohol Airport is now up for approval by the National Economic and Development Authority’s Investment Coordination Committee-Cabinet Committee (Neda ICC-CabCom).

The firm’s operations and maintenance (O&M) proposal will be tackled during the Neda ICC-CabCom meeting on Sept. 27.

Once the ICC gives its go signal to the project, it will then be submitted to the Neda Board chaired by President Rodrigo Duterte for final approval.

The project will then undergo a 60-day Swiss challenge, a form of public procurement process that allows other companies to contest the original proponent.

Aboitiz InfraCapital was granted the original proponent status (OPS) for the unsolicited proposal.

OPS gives the proponent the right to match any competing offer in a Swiss challenge.

The company is eyeing to take over the airport early next year, but the process may take longer if there are challengers to its bid.

Aboitiz InfraCapital had partnered with Irish airport operator daa International for the future upgrade, expansion and O&M of the Bohol-Panglao and Laguindingan airports.

Bohol, a tourist hub in Central Visayas, is anticipating an increase in visitor traffic moving forward.

Panglao is the most popular tourist destination in Bohol with 704,000 tourists recorded in 2017.

Aboitiz said its proposed improvements to the island’s air gateway will result in efficient passenger flow within the airport terminals, a better retail and dining experience and increased flight destinations with reduced congestion at the terminals.