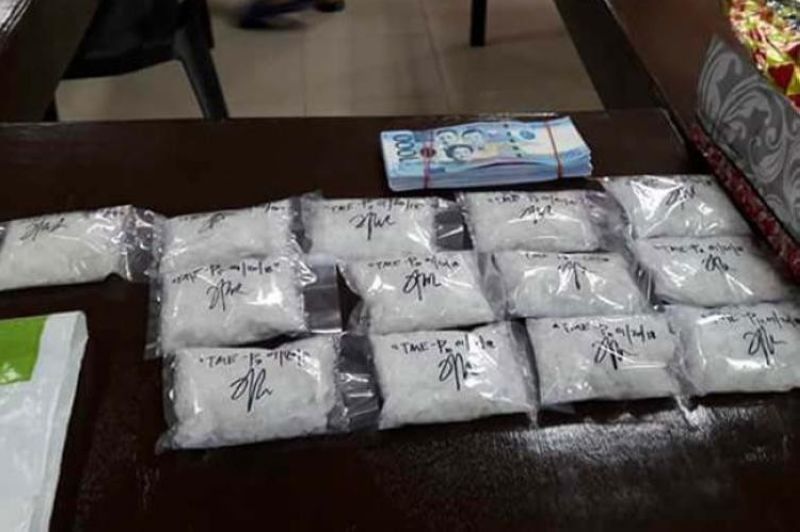 In a phone interview on Wednesday, September 25, Eleazar said Castro is already out of the country based on their monitoring.

She is the elected chairperson of Barangay 484, Zone 48 in Sampaloc, Manila.

However, Eleazar said Castro failed to take her oath following the 2018 election.

Aquino earlier revealed that this drug queen is selling at least P13.6 million of shabu weekly in just two streets in Metro Manila.

He said she was sourcing her shabu from the ninja cops who are selling to her the illegal drugs that they seize during anti-illegal drugs operations.

On Tuesday, Eleazar released the link diagram of Metro Manila’s drug queen and the 16 ninja cops.

Of the ninja cops, Eleazar said nine were killed, two were retired, two were dismissed, two already went on absence without leave and one, who was identified as Corporal Jolly Aliangan was detained after being arrested by the National Bureau of Investigation (NBI) in an operation.

Eleazar said case build-up is continuously being conducted by their investigators against Castro.

Meanwhile, Eleazar said the Philippine National Police (PNP) is continuously monitoring the activities of 22 more policemen involved in drug recycling, five of which were assigned in Metro Manila.

He however ensured that they are no longer assigned in drug enforcement units which will make it hard for them to continue their illegal activities.

Eleazar earlier warned his men of the strict implementation of “one strike policy” which means that automatic relief will be imposed on any police officer who will be alleged of involvement on illegal drugs transactions as well as to his commander over command responsibility. (SunStar Philippines)