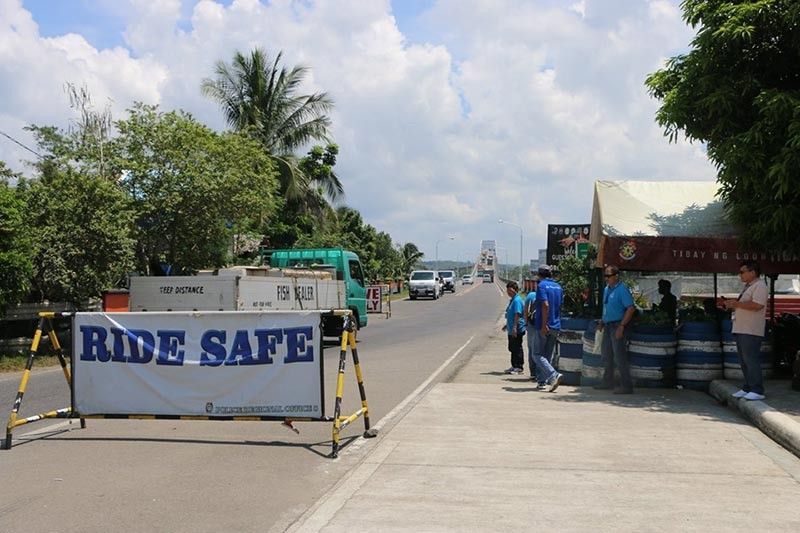 THE Tacloban City Government put up Wednesday, September 25, an animal quarantine checkpoint in San Juanico Bridge as part of its preventive measures against the African Swine Fever (ASF).

A task force will also be positioned in all entry and exit points of the city, such as in Marasbaras, Maharlika, San Jose, and Tigbao, according to Henry James Roca of the City Information Office.

The plan is in connection to the Executive Order 19-09-67 issued by Romualdez for the adoption of a city preparedness and contingency plan to prevent the spread of the disease in the city, said Roca.

The Executive Committee is chaired by Romualdez with Dr. Eunice Alcantara, the city veterinarian, as vice-chairperson.

"Under the EO, an inter-agency task force will strictly enforce veterinary and quarantine procedures and impose the conduct of regular field surveillance and movement control will be adopted as prevention and mitigation plan against the disease," the City Information Office said.

"The order also prohibits the use of catering food waste, leftovers from airport and seaports as Swine Feeds and imposes a temporary ban on the importation of domestic and wild pigs and its products from infected countries," it added.

Meanwhile, Alcantara said there is no recorded case yet of ASF in Tacloban and nearby towns.

She said "preventive measures are there to stop the spread of disease in the local swine industry."

Earlier, Department of Health Secretary Francisco Duque III maintained that ASF is not a risk to human health.

"We want to allay the fears of the public by saying that as long as pork is bought from reliable sources and it is cooked thoroughly, pork is safe to eat," said Duque.

The Food and Agriculture Organization (FAO) of the United Nations said the ASF is a fatal animal disease affecting pigs and wild boars with up to 100 percent case fatality rate.

In the country, the first outbreak of ASF started in July 2019 in mostly backyard pigs.

"[A total of] 7,952 pigs died/culled. Fourteen of the 20 pig samples from Rodriguez Municipality in Rizal Province, Guiguinto Municipality in Bulacan Province and Antipolo city, Rizal, tested positive for ASF. Food scraps from hotels and restaurants fed to pigs, or from imported pork products, are suspected as the cause," said FAO in its September 20 report.

Scientists have yet to develop a vaccine for the ASF.