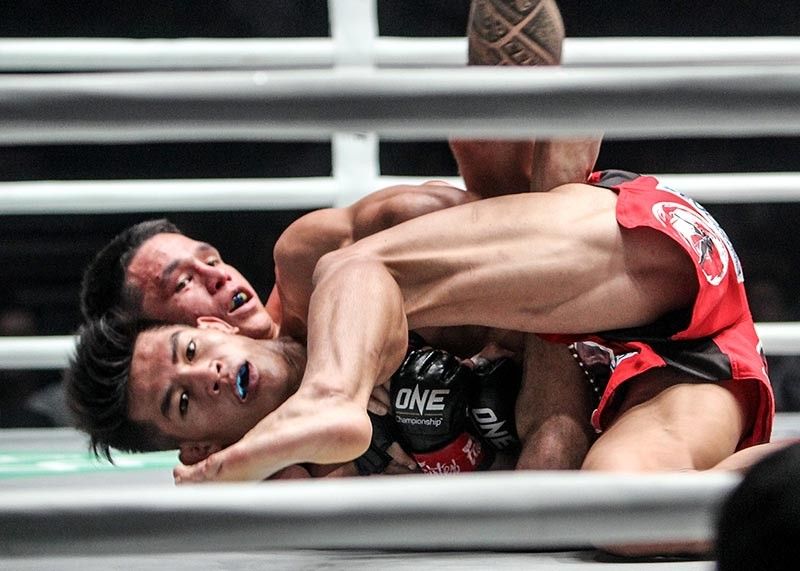 Danny Kingad is undeterred in facing the greatest challenge of his career at ONE: Century Part I, but believes he can upset the most dominant mixed martial arts world champion of all time.

On October 13 in Tokyo, Japan, the Filipino superstar will take on Demetrious Johnson in the ONE Flyweight World Grand Prix Championship Final.

As most fans expected, the American icon made his way through the bracket with two wins, but the Team Lakay representative has arguably looked more impressive with a pair of energetic performances in show-stealing match-ups.

Kingad had to go the distance with Senzo Ikeda and Reece McLaren, but he showed the skillful striking, tenacious grappling, and ability to push the pace that could see him triumph at the biggest event in martial arts history.

Ahead of his encounter at the Ryogoku Kokugikan, Kingad revealed his excitement about the biggest bout of his career, and how he plans to get his hand raised.

“Ever since Johnson came over to join ONE Championship, I knew that I would have to face him one day, so I’ve always trained hard to prepare for this day. It doesn’t matter who the underdog or the favorite is, because I believe all of us athletes train well with the goal of winning,” Kingad added.

Kingad revealed Team Lakay has added several facets to his training regimen ion the hopes of filling the holes to his game particularly on grappling.

The former world title contender added he has to be alert against Johnson especially his ground game and his striking.

But Kingad believes the top MMA fighter in the world has weakness he can exploit.

“I think his defenses can be attacked. He’s a very technical fighter with incredible stamina, and he usually gets his way in matches which lead to unanimous decisions favoring him. Even if he has never been stopped, he lost matches when he wasn’t able to assert his dominance,” added Kingad.

Kingad said aside from working on their game plan, Team Lakay is also tripling their stamina and work rate.

“I’m always ready no matter how many rounds we go. Our training isn’t just for three or five rounds, it’s for 10. We always train for more rounds than we’re scheduled for,” he said.

Kingad also believes he has a chance to pull an upset against the game’s greatest of all time.

“I’m ready to show the world just how good we Filipinos are in this sport, and I’m going to do that by pulling off an upset against one of the favorites in the tournament,” he added. Roderick Osis