City Government employees 'run for a cause' 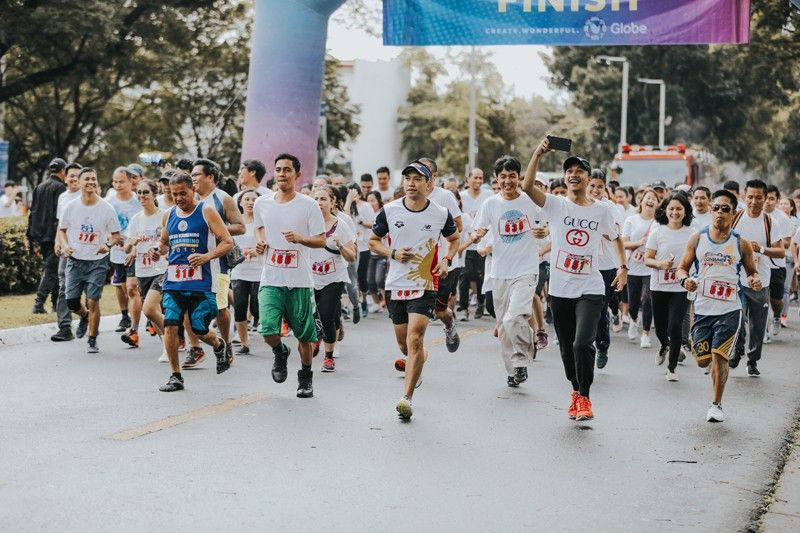 CITY OF SAN FERNANDO. A number of employees of the City Government of San Fernando participate in the "Color Fun Run for a Cause" at Clark Parade Grounds, in celebration of the 119th Philippine Civil Service Anniversary. (PR)

A NUMBER of employees of the City Government of San Fernando became part of one of the significant events in the province for the celebration of the 119th Philippine Civil Service Anniversary -- the "Color Fun Run for a Cause."

This was hosted on September 20 at the Clark Parade Grounds by the Council of Human Resource Management Practitioners (CHRMPs) of the Pampanga National Government Agencies (NGAs), local government units (LGUs), and water districts, together with the Civil Service Commission-Field Office Pampanga.

Considered to be a fund-raising activity, the run for a cause was staged not only to promote health and wellness among public servants, but also to promote the values of heroism and volunteerism among them.

This was achieved as the proceeds from the run will go to Haven for Girls in Pampanga, a residential care facility of the Department of Social Welfare and Development (DSWD), in a bid to extend aid to its young women beneficiaries who undergo restoration and rehabilitation.

Mayor Edwin Santiago, for his part, extended his gratitude to the participants and City Government employees who joined in the event.

At the end of the run, winners from both 3k and 5k categories were awarded with cash prizes. Raffle draws were also held during the activity.

The CHRMPs are currently chaired by Mark Anthony Lodrigito for the NGAs, Angelica Manabat for water districts, and City Government's Human Resource Management Officer Rachelle Yusi for the LGUs. (PR)