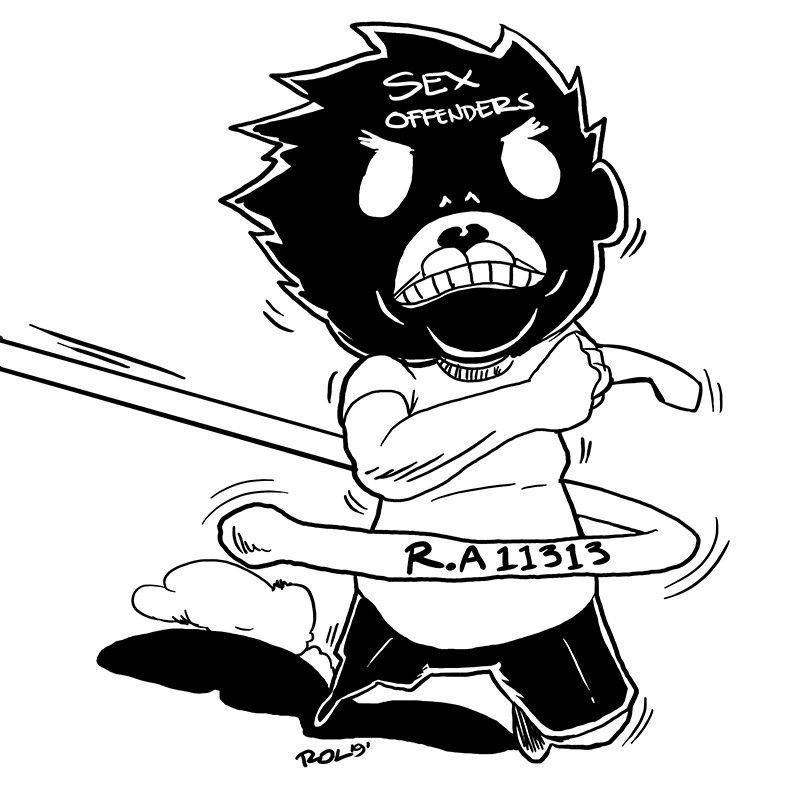 CHANCING” is a Filipino slang for slyly touching restricted body parts, the person seizing a “chance” to do the deed. Well, it appears all the monkeying will be a costly one now, specifically at P100,000 or six months in jail.

Tuesday, Sept. 24, 2019, the Philippine Commission on Women and non-government organization Plan International Philippines conducted a public consultation on the implementing rules and regulations (IRR) of Republic Act (RA) 11313, or the Safe Spaces Act.

Stakeholders welcomed the IRR, saying the law is more defined now. The law strengthens RA 7877, or the Anti-Sexual Harassment Law of 1995.

Under the Safe Spaces Act, cyberstalking and identity theft may be considered as sexual harassment, as they can cause distress and fear of personal safety.

It’s also goodbye to persistent chatting, messaging or calling someone who prefers not to be touched within ten-foot-pole by you. The law defines online sexual harassment as “the use of information and communication technology in terrorizing and intimidating victims through physical, psychological and emotional threats.”

Men, LGBT and children are likewise protected by the law, which recognizes that anyone can be a victim of sexual harassment.

Hontiveros said the crucial part of the law is its implementation. True, one big counter-culture work.