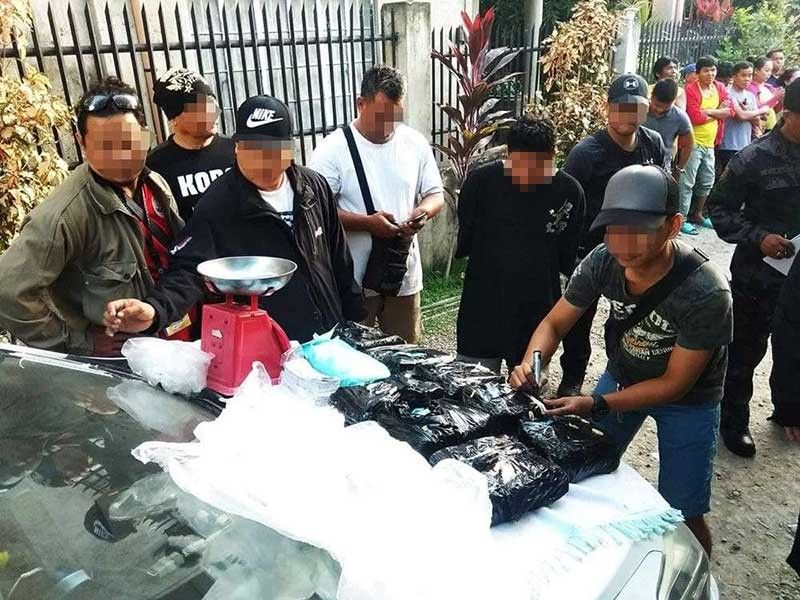 It would be up to Duterte to release the names or not, Albayalde said a day after his meeting with the President on Wednesday evening, September 25.

“I just briefed him (President) on the update on our war against illegal drugs. We provided him the names and I also briefed him on the status of these so-called ninja cops,” he said.

Ninja cops refer to police officers who recycle illegal drugs that they seized during anti-drug operations.

They also discussed how Albayalde's name has been linked to the ninja cops, an allegation that the PNP chief has described as a recycled issue.

“There are some intrigues going around so I briefed the President on the status on our war on drugs,” said Albayalde.

He said the 762 policemen on the list that he submitted to the President were involved in reselling of seized illegal drugs as well as receiving payola from illegal drugs syndicates operating in the country.

He said these cops are now being investigated and monitored by the Integrity Monitoring and Enforcement Group (IMEG), the anti-scalawag unit of the PNP.

Among the challenges they face, the IMEG said, is that they have to catch these erring cops red handed to ensure a strong case against them.

On Wednesday, Police Staff Sergeant Raphael Aves Justo was collared in a buy-bust at the National Bilibid Prisons Reservation in Barangay Poblacion in Muntinlupa City.

Seized from him were cash and a sachet of shabu.

Police Colonel Romeo Caramat, IMEG director, said Justo was monitored to be both a user and seller of illegal drugs.

Albayalde said the creation of the IMEG is proof that they are serious in weeding out the erring officers.

The IMEG was launched in January 2019 to replace the Counter-Intelligence Task-Force which was formed for the intensified internal cleansing.

Albayalde’s name was implicated in the drug recycling issue, particularly the so-called “Agaw Bato” scheme following a Senate hearing into the implementation of the good conduct time allowance (GCTA) system.

Under the "Agaw-Bato" scheme, policemen arrest big-time drug traffickers but keep the confiscated shabu for themselves and then sell it for a lower price.

Former Criminal Investigation and Detection Group (CIDG) director and now Baguio City Mayor Benjamin Magalong, who conducted an investigation on the matter, said during the Senate hearing that policemen involved in the said scheme ask for as much as P50 million in exchange for their freedom. (SunStar Philippines)