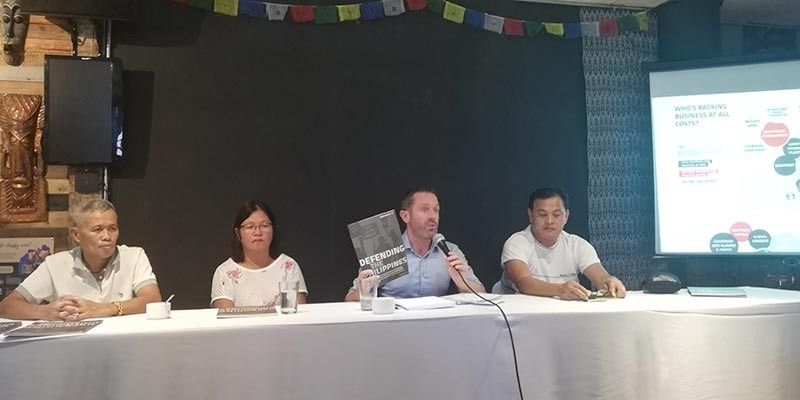 AFTER releasing a report on the state of environmental rights in the country, international environmental watchdog Global Witness is taking steps further to hold the Philippine government accountable for the alleged killings of environmental activists.

In a press conference Thursday, September 26, Global Witness senior campaigner Ben Leather said they are meeting with investors in Japan, United Kingdom, and the United States--the countries pouring investments in the country to hand them the Global Witness’ report called “Defending the Philippines”.

He said they want investors to practice due diligence to avoid fueling violence by investing irresponsibly.

The report showed there are 113 killings involving environmental defenders under President Rodrigo Duterte’s watch, tagging the Philippines as the world’s most dangerous country for environmental activists.

This is an increase from 65 deaths three years before Duterte’s term.

About 36 percent of the killings were linked to agriculture while 27 percent were on mining.

“The foreign businesses who invest here are driving the violence by investing irresponsibly. If you just pour money into a project where are rights issues, clearly widespread violence, then you’re fueling it, you’re backing it,” he said.

“Our message to the investors is do your due diligence, take care of where you’re investing, respect the rights of the local people, their right to say how they wanted the project to go ahead, and their right to say no,” Leather added.

The group also hit Duterte for ‘failing’ to fulfill his campaign promise to protect the precious environment of the Philippines and to safeguard marginalized groups including the indigenous communities.

Rene Pampluna, executive director of non-government organization Convergence of Initiatives, meanwhile said the report is a big help to the environmental defenders as this would show the real score of human rights in the country in the international scene.