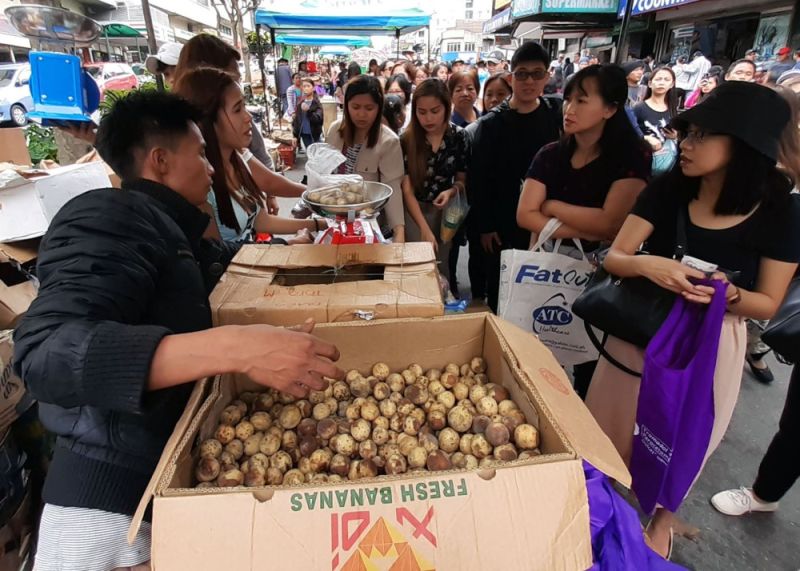 BAGUIO. After the successful staging of Minda Fruit festival in Baguio City, the town of La Trinidad in Benguet will also hold a one day market fusion with the province’ fruits and vegetables. (Photo by Redjie Melvic Cawis)

LA TRINIDAD, Benguet -- Tons of fruits from Mindanao will be transported in La Trinidad for a market day fusion with Benguet’s produce.

Cargo trucks filled with fruits from Mindanao farmers will be displayed at Kilometer 5 Public Market Grounds on September 29.

Municipal Tourism Officer Valred Olsim said there will also be local produce like fruits and vegetables from La Trinidad and other towns of the province.

“There is a good intention to yield better partnership in the future where we can bring our produce there, we do not want to close our doors, however, we are also sensitive to our local producers,” said Olsim.

This is not the first time Mindanao fruits was brought in La Trinidad. More than 30 tons of durian, marang, pomelo, lanzones and mangosteen will be brought to La Trinidad.

Vice Mayor Roderick Awingan added a proposal for a MinDA Fruit Festival in La Trinidad was approved after a meeting held September 17 with different sectors in the town and the local government unit.

A technical working body was earlier created composed of the four offices of the town tasked to implement the program.

“We are not specific in that one kind of location but entirely Philippines and Benguet. Market day means the product of the town and agricultural products from other regions will be sold in one particular day in the municipality of La Trinidad,” he added.

To recall, fruits from Mindanao was also sold in Baguio City during the First MinDA Fruit Festival on August 24, 25 and September 1 which aims to help fruit farmers market their products.