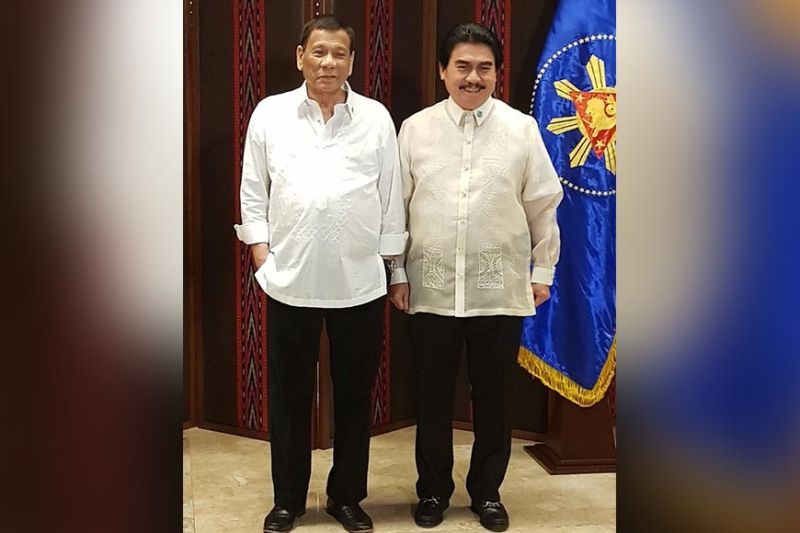 BACOLOD. President Rodrigo Duterte willl grace the National Executive Board Meeting of the League of Cities of the Philippines (LCP), that will be presided by its national president, Bacolod City Mayor Evelio Leonardia (right), Friday, September 27. (City PIO file photo)

PRESIDENT Rodrigo Duterte and other top officials are gracing the League of Cities of the Philippines (LCP) National Executive Board Meeting at the Seda Hotel in Davao City Friday, September 27.

LCP national president and Bacolod City Mayor Evelio Leonardia, who is presiding the national assembly, said the league is honored that the President and other top officials are joining them in the gathering.

“This is an LCP assembly like no other, not in recent memory have we had such high-power personalities gracing our assembly. Coupled with our Strategic Planning session with the Development Academy of the Philippines (DAP), this will be a very fruitful and inspiring gathering of city mayors,” Leonardia said.

Presidential daughter and Davao City Mayor Sara Duterte-Carpio will also host a luncheon for the city mayors that will be held at Dusit Hotel.

Before the meeting, members of the National Executive Board held their Strategic Planning Workshop Thursday, conducted by the DAP.

The output of such workshop will be formally adopted on Friday.

Among the matters up for discussion and approval are the 2019-2022 Executive Agenda, 2018 Audited Financial Statement, Reactivation of Liaison Officers’ Association, and Focal Mayors’ Reports on the various issues affecting cities.

Major matters affecting Mindanao will be tackled, like the lifting of martial law, promotion of peace and development, the proposed railway system of Mindanao, and the opening of channel canal for Western Mindanao.

A dialogue with President Duterte, Senator Go, DBM Chief Avisado, and DILG Secretary Año is also in the agenda.

There will also be a half-day “Best Practices Tour” for the LCP members Saturday.

The tour will showcase Davao City’s “top of the line” emergency response center, the biodiesel facility, and various social service centers catering to the poor and marginalized. (PR)