MCWD explains why there is a water shortage 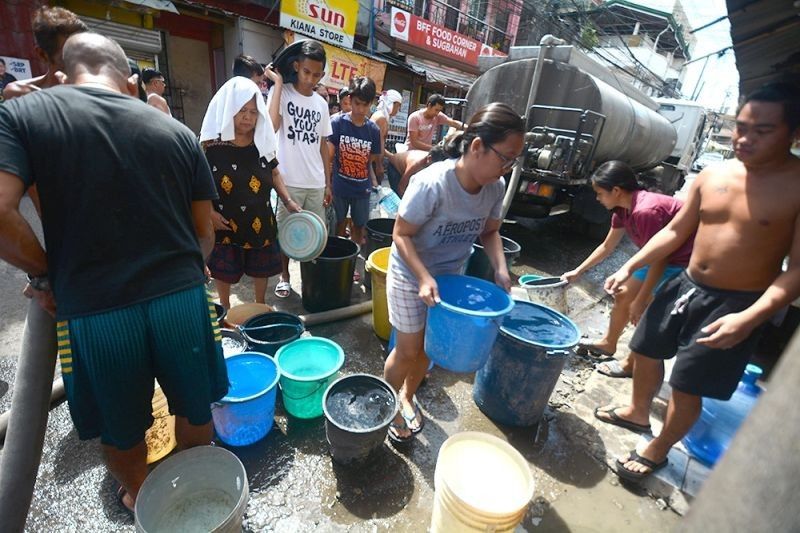 AMID the water supply shortage, the Metropolitan Cebu Water District (MCWD) is calling on all sectors to help regulate groundwater extraction.

It also calls on support for alternative water sources, such as surface water (dams) and desalinated seawater (desalination plants).

In an advisory that the MCWD released on Wednesday, Sept. 25, 2019, it said one of the biggest volumes of water supply loss is due to saltwater intrusion, which forces its private supplier to shut down its well so as not to damage other wells in Consolacion town.

Saltwater intrusion, according to MCWD, is a threat to groundwater sources.

“Once seawater mixes with the freshwater underground, there is no way of it going back to being a freshwater source again,” reads a portion of the advisory.

According to the MCWD, as of the middle of this month, the total water volume lost in their system was already more than 20,000 cubic meters (cu.m.) per day, affecting an estimated 20,000 households in their service area.

Based on their data, from March to May, 2019, some 33,000 cu.m. of water per day were lost from Buhisan Dam in Cebu City and from its facility in Jaclupan in Talisay City due to the El Niño phenomenon.

The shutdown of the well in Consolacion and the drop in the daily production from the Cebu Manila Water Development Inc. by 3,000 cu.m. per day affected water services to MCWD consumers in Compostela, Liloan, Consolacion, parts of Mandaue and the whole of Mactan Island, MCWD said. The drop in production of one of MCWD’s wells in Talamban affected the water supply for consumers in Barangays Banilad, Luz, parts of Lahug, Kamputhaw and Apas.

Due to this, the MCWD said, consumers in affected areas experience fewer service hours. Most of them have running water only “after midnight.” In other affected areas, the situation is worse.

Charmaine Rodriguez-Kara, MCWD spokesperson, said these supply interruptions were because of the rationing conducted to equally disseminate water supply.

According to the water district’s advisory, MCWD estimates the groundwater extraction in Metro Cebu to be more than 400,000 cu.m. per day. MCWD is responsible for only 40 percent, as the rest are private well owners.

“However, MCWD is closely monitoring its extraction to protect this 40 percent of the daily supply, but the water district does not have any power to monitor or regulate the 60 percent withdrawal done by private companies and households,” the advisory said.

The MCWD advised those living in affected areas to store water during off-peak hours, or between 10 p.m. and 5 a.m., daily and to adopt recycling, conservation and rainwater storing habits. (WBS)