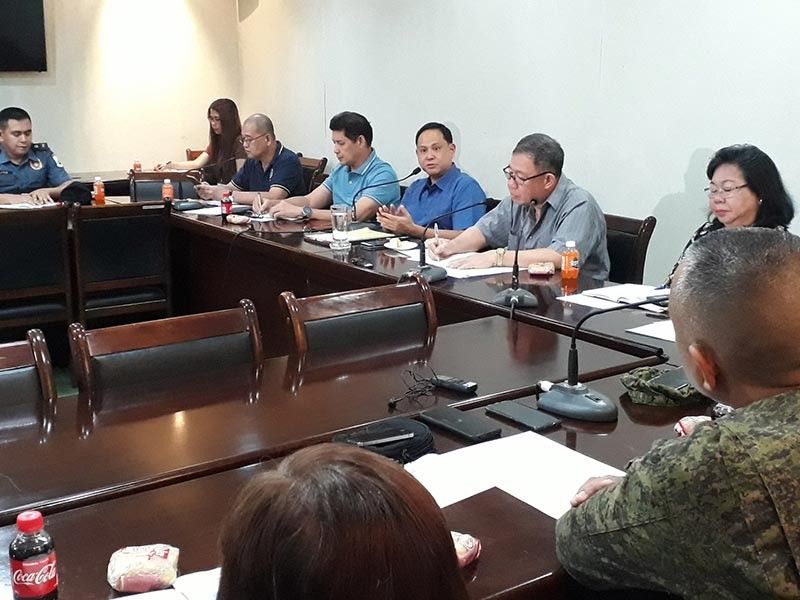 ILOILO Governor Arthur Defensor Jr. assured the public Friday, September 27, that the province is ready for the transport strike set on Monday, September 30.

Defensor called for an emergency meeting with different stakeholders and department heads Friday afternoon to find out who will be directly affected by the transport strike.

During the meeting with 18 stakeholders, including the Capitol's department heads, the Philippine National Police (PNP), Bureau of Fire (BFP), Philippine Red Cross, Philippine Army and Department of Education (DepEd), Defensor asked for the names of places that will be affected by the strike.

The terminals identified to be affected are those in Barangays Ungka, Mojon, and Tagbak in Iloilo City.

"Right now, we know we are preparing for the arrivals of the passengers from these three terminals in Iloilo City," he said.

He said the terminals will be monitored by the Provincial Government, adding that 24 light vehicles and seven dump trucks will be deployed in terminals to cater to stranded passengers.

He also said that the Department of Education (DepEd) will not suspend classes in the province on Monday, September 30, but he added that town mayors have the power to suspend classes.

"For DepEd, we are not suspending classes. Although we will give that (decision) to the municipal mayors because under the Local Government Code in the general welfare clause, our mayors can suspend classes depending on the circumstances in their towns," he said.

He said the Province is not in the position to declare the suspension of classes due to the different situation of 43 local government units in Iloilo.

In Iloilo City, classes in all levels, both public and private schools, are suspended Monday, September 30, said Mayor Jerry Trenas.

The DepEd-Iloilo reported that close to 500,000 students in the province will be affected by the transport strike.

Also during the meeting Friday, the BFP said that all its stations in the province will be placed on high alert status.

Seventy-three fire trucks and 566 BFP personnel will be on standby Monday, September 30, in case of emergency.

The PNP, for its part, said that it will place the Iloilo Police Provincial Office personnel on "full alert" status during the transport strike.

The PNP said that towns to be affected by the transport strike include Cabatuan, Dingle, Lambunao, Leganes, Miagao, and Maasin. The rest of the municipalities are still being validated.

Police officials told Defensor that the province is ready for any eventuality.

Defensor said all hospitals in the province are also ready to mobilize ambulances and personnel.

The Philippine Red Cross, for its part, said that ambulance and rescue trucks will be readied.

The Provincial Disaster Risk Reduction and Management Office will also be on heightened alert on Monday.

But Defensor clarified that despite the transport strike, it will still be business as usual in the province come September 30. (SunStar Philippines)