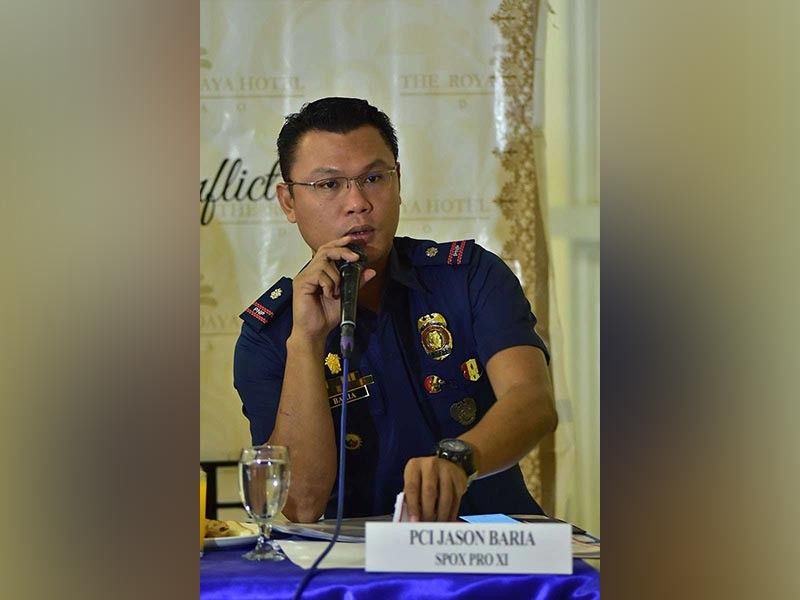 FOR over 15 years, Police Major Jason Baria has dedicated his life as a public servant by providing correct and proper information about the law and order situation.

He did not expect to become a police officer during his childhood days. Although his father is retired from the Philippine Constabulary, he did not aspire to become one.

During college, before entering the Philippine National Police Academy (PNPA), he took up Civil Engineering at Divine Word College of Legazpi since he loves Math and he wants to be an engineer, knowing how in demand the work is locally and abroad.

While enjoying his college days, an opportunity opened after his parents encouraged him to take up the PNPA entrance examination. It was never a part of his plan. He was reluctant at that time, but his father pushed him. Luckily, he passed despite not being familiar with PNPA during that time because he is more familiar with the Philippine Military Academy (PMA).

The thought of better pay, good life, and job security made him take the chance, as what his father told him. He also wanted to help his family. Though both of his parents were both working in the government, they were not spared by financial challenges.

When he joined the PNPA in April 2004, he yielded to the thought that being a law enforcer is really in their bloodline. When he entered, there were about 200 cadets who passed the examination but 20 cadets were ejected immediately during the first day of the training. Others were dismissed while some backed off in the training.

But instead of feeling discouraged, this further fueled him to do his best and stepped up his game until he graduated on March 28, 2008.

Eventually, he survived the tedious training.

When he became a lieutenant, his first assignment was in Mati City, Davao Oriental as deputy for operation and administration. Then he was assigned at the Baganga Provincial Mobile Group. It was then when was introduced to the real world of police organization. But he stood by his principle of always doing what is right.

Before he was assigned by PRO-Davao Director Marcelo Morales to lead the PIO, he was part of intelligence.

The fact that he has been in the office for more than a year, this speaks how the regional director trusted his competence and he is grateful for that.

Baria said that in everything he does, he always gives his 100 percent and gives more than what is required of him. He sees to it that when it comes to his career, he wants to retire clean from any negative issue.

While he is looking forward to earn a higher rank in the future with stars on both of his shoulders, he said he will work hard for it with passion and dedication.