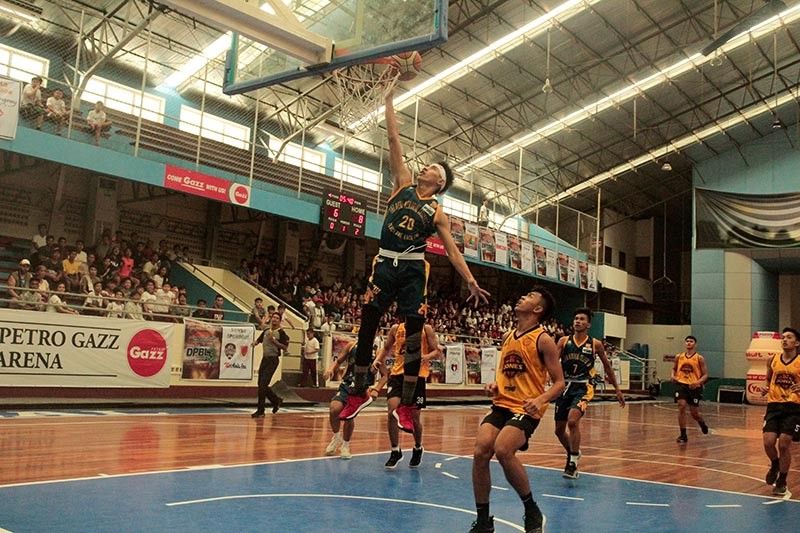 DAVAO. A Rizal Memorial Colleges (RMC) Bulldogs shooters scores on a lay-up during a game against Davao Jones Academy at the start of the RMC Davao’s Pride Basketball League (DPBL) Season 3 at the RMC Petro Gazz Arena recently. (Photo by DPBL)

The Philippine Academy of Sakya also entered the winning column after eking out a rousing 70-59 victory over Tagum City National High School in another competitors game.

Kurt Magbanua poured in 23 points on top of his 12 rebounds, two assists, one steal and one block to be hailed best player of the game.

The five-division cagefest, organized by Basketball Avenue and supported by the Department of Education and Philippine Sports Commission, drew a total of 66 teams. (MLSA)