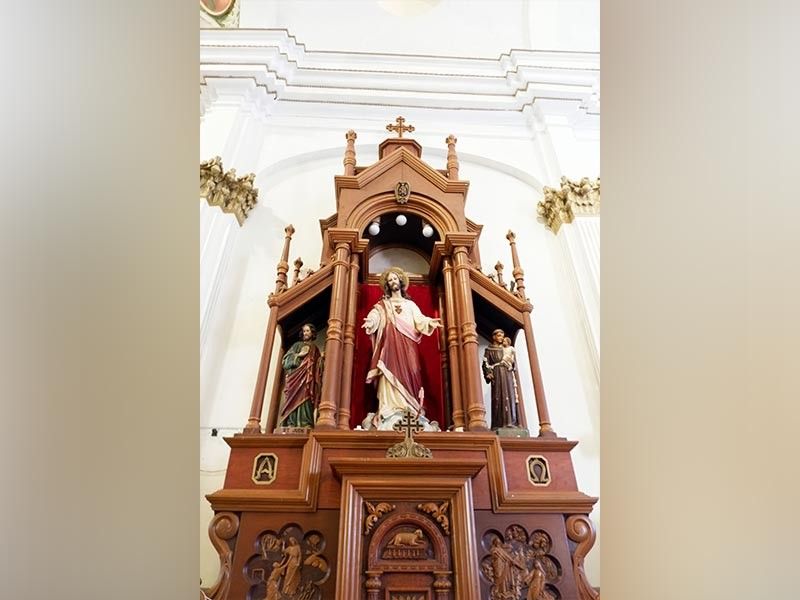 ILOILO. Altar holding the image of St. Joseph. (Photo by Jinggoy I. Salvador) 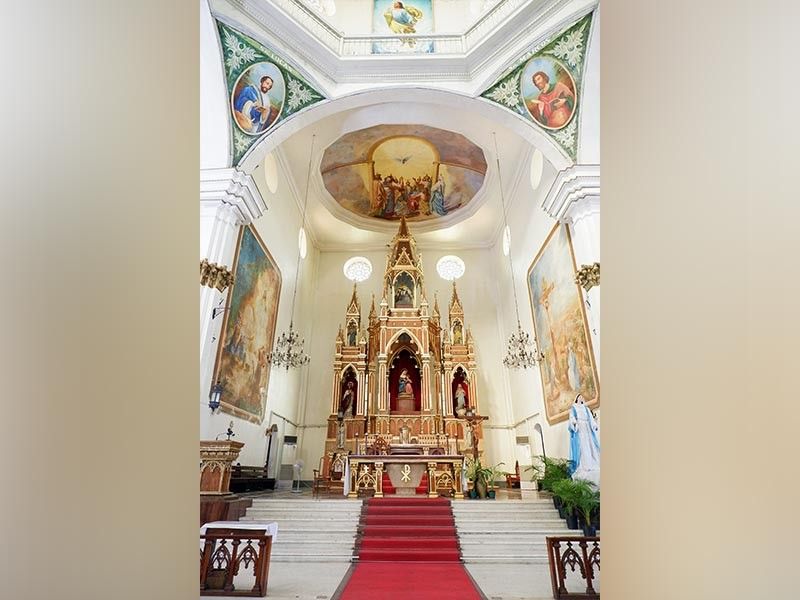 ILOILO. The main altar with gold accents hold the statue of the church’s patron saint teaching the scripture to a young Mary. (Photo by Jinggoy I. Salvador) 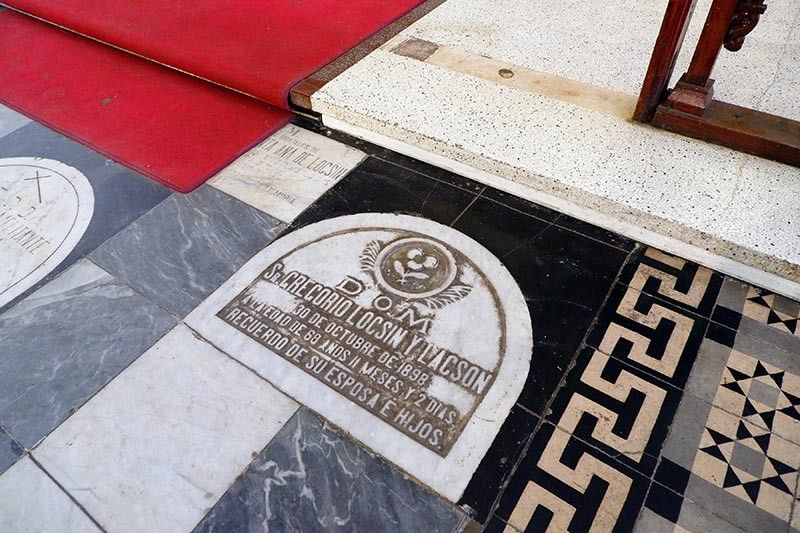 ILOILO. In the past, people with privilege can be buried inside the church. (Photo by Jinggoy I. Salvador) 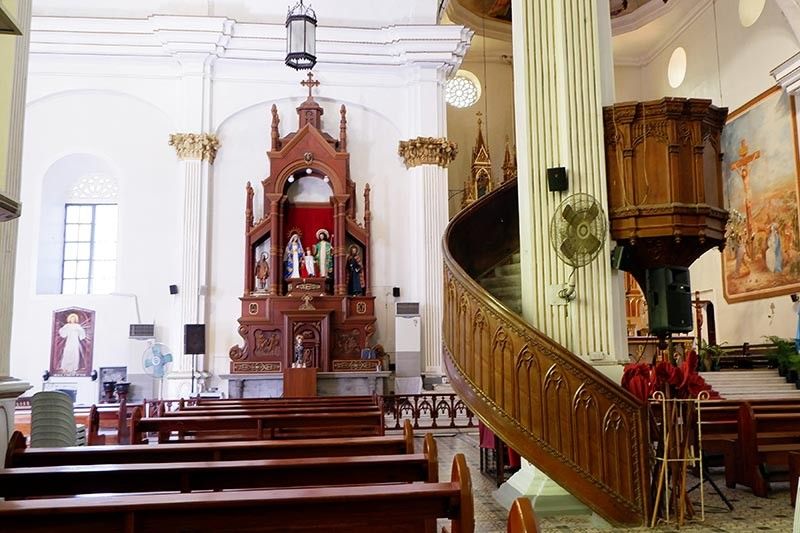 ILOILO. One of the altars on the transept. (Photo by Jinggoy I. Salvador) 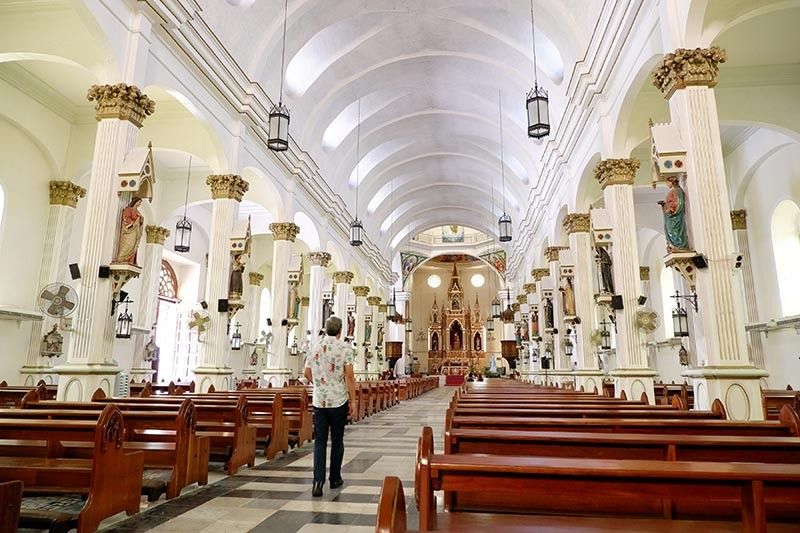 ILOILO. Sixteen female saints on the pillars leading to the main altar. (Photo by Jinggoy I. Salvador) 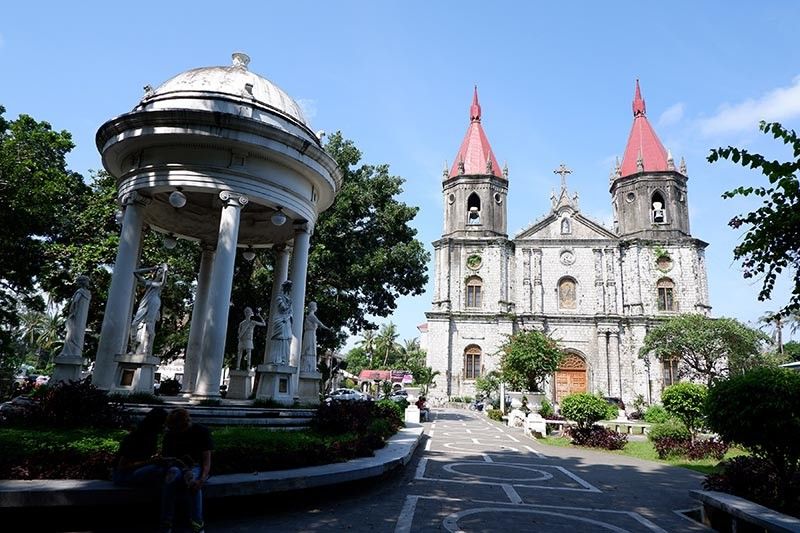 ILOILO. The church seen with the gazebo at the town plaza. (Photo by Jinggoy I. Salvador) 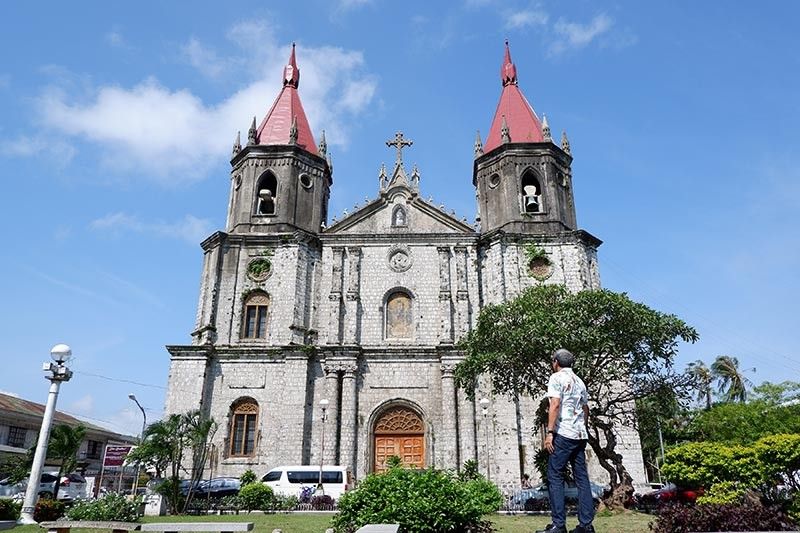 ILOILO. St. Anne Parish Church, popularly known as the Molo Church, is said to be the only Gothic-Renaissance Church in Western Visayas. (Photo by Jinggoy I. Salvador) 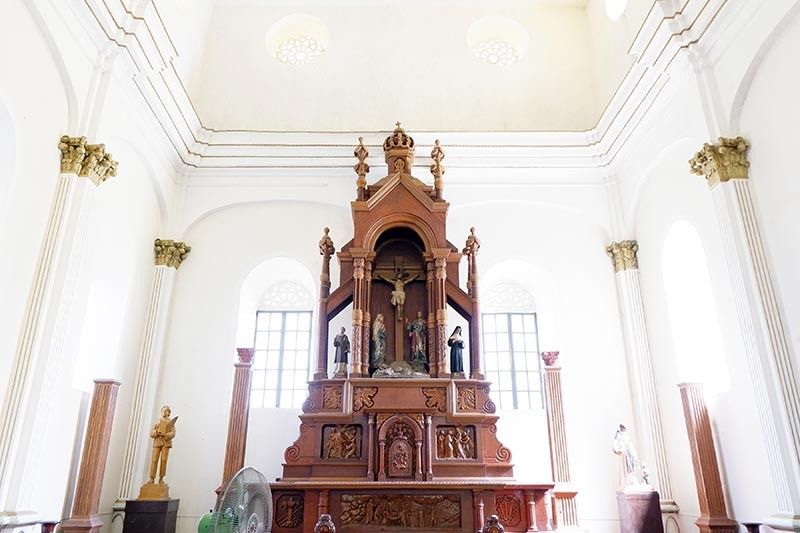 ILOILO. An altar with the crucified Christ. (Photo by Jinggoy I. Salvador)

IT’S been years since I’ve visited the Molo Church. I can’t even recall how it looks. But on a recent trip to Iloilo, I had the chance to revisit one of the city’s famous churches.

First, about the district the church is situated in. In the past, Molo was a separate town, Iloilo’s “parian,” where all Chinese settlers must live. It was in 1937 when it became part of Iloilo City.

Situated beside the town plaza is the church, which is named after the place it’s in—Molo. Its official name though is the Church of St. Anne Parish. It was constructed in 1831 under the supervision of Fr. Pablo Montaño, but was completed by Fr. Agapito Buenaflor under Don Jose Manuel Locsin’s guidance.

Molo Church is said to be the only Gothic-Renaissance Church in Western Visayas and it is designed with symmetry—two pyramid-shaped spires in red house the belfry, which holds 36 bells in different sizes, flank the main entrance. What’s unique about the church’s construction is the material used to secure the white coral rocks and limestone—the mixture of egg whites and sand as bonding agent. Egg white was put to good use as only the yolks were used for the delicacies of the town’s baking industry.

Inside the church the aisle is flanked with 16 female saints stationed on each pillar leading to the main altar. Molo Church is the only church in the region primarily dedicated to the adoration of female saints, with St. Anne as the patron saint. This is the reason why Molo Church earned the nickname of “feminist church.”

Five wooden altars occupy the forward section—four on the either side of the transept and on the choir section is the gold-trimmed main altar holding the statues of St. Anne teaching the scripture to the child Mary. The top tier houses the figures of the Holy Trinity. Framing the main altar are two beautiful murals commissioned to two painters, Mariano Mabunay and Jesue Huervas. It depicts the Crucifixion and the Resurrection of Christ.

Significant events mark the history of Molo Church. While on his way to Dapitan in Zamboanga de Sur on August 4, 1886, the National Hero Dr. Jose Rizal visited the church to view the biblical paintings; during World War II, the belfries were used as machine gun posts by the Japanese army; and, ironically, it also was used as an evacuation center for the civilians during the same war.

In 1992, Molo Church was declared a National Landmark.