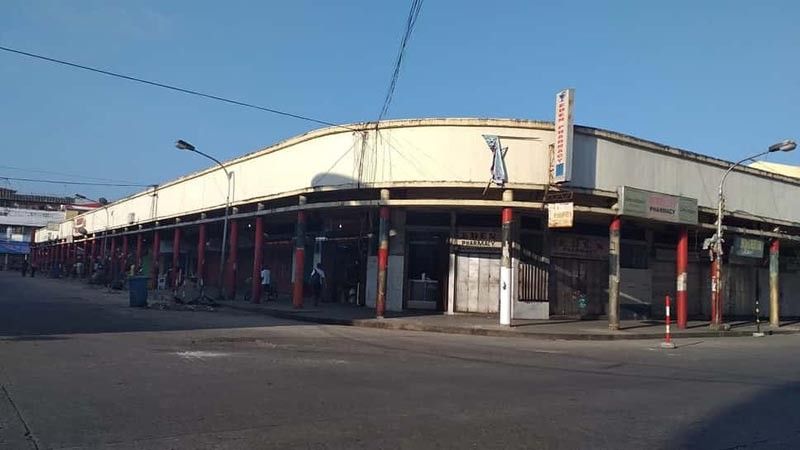 BACOLOD. The Central Public Market and Masamart in Bonifacio Street in Bacolod City are now cleared from illegal structures. (Photo by Merlinda A. Pedrosa)

“We want to restore the image of Bacolod City.”

This was stressed by Acting Mayor El Cid Familiaran Friday, September 27, after almost 80 percent of the illegal structures in Bacolod City have already been demolished.

Familiaran said all the village officials already submitted their accomplishment reports and it’s now up to the Department of the Interior and Local Government (DILG) to validate the villages’ accomplishment.

He said based on the villages’ report, some of them reportedly already demolished 100 percent of the illegal structures within their areas of jurisdiction.

“DILG will validate their reports and if they committed violation, the barangay officials will also face the consequence or possible charges,” he added.

The village officials were earlier given a deadline until September 27 only to submit their accomplishment reports on the demolition of illegal structures within their areas of jurisdiction in compliance with President Rodrigo Duterte’s directive to rid public streets of obstruction to facilitate the orderly use of thoroughfares.

After the 60 days deadline which ended Friday, he said the clearing operation will continue in various villages.

“We were given 60 days to comply (DILG’s directive), but it doesn’t follow that your compliance should be 100 percent immediately, after the 60 days deadline, the demolition of illegal structures will continue,” Familiaran said adding that, “We have a directive from Mayor Evelio Leonardia that after the clearing operation in the commercial establishments especially at the downtown area, the City Legal Office (CLO)-Enforcement Team will be deployed in the 61 barangays.”

Familiaran noted that those villages, with reported resistance from their residents or refused to follow the DILG’s directive, will be handled by the CLO-Enforcement Team and the Bacolod City Police Office (BCPO).

As of September 25, around 14 barangays in Bacolod were able to demolish 100 percent of the illegal structures within their areas of jurisdiction.

Familiaran said the city already demolished all the illegal structures at the downtown area and the affected vendors were also transferred to the Vendors Plaza.

“Our downtown area is already cleared including the three big public markets. We saw its beauty and old structures, especially in the Central Public Market. It looks like we returned to the old glory of Bacolod City, which is very clean and neat,” he said.

He added he’s hopeful that in the next few months, the public will also patronize the livelihood or business of the sidewalk vendors at the Vendors Plaza.

Familiaran said the city council earlier realigned the P5 million for the improvement of the Vendors Plaza and Annex Building at the Libertad Public Market. (MAP)