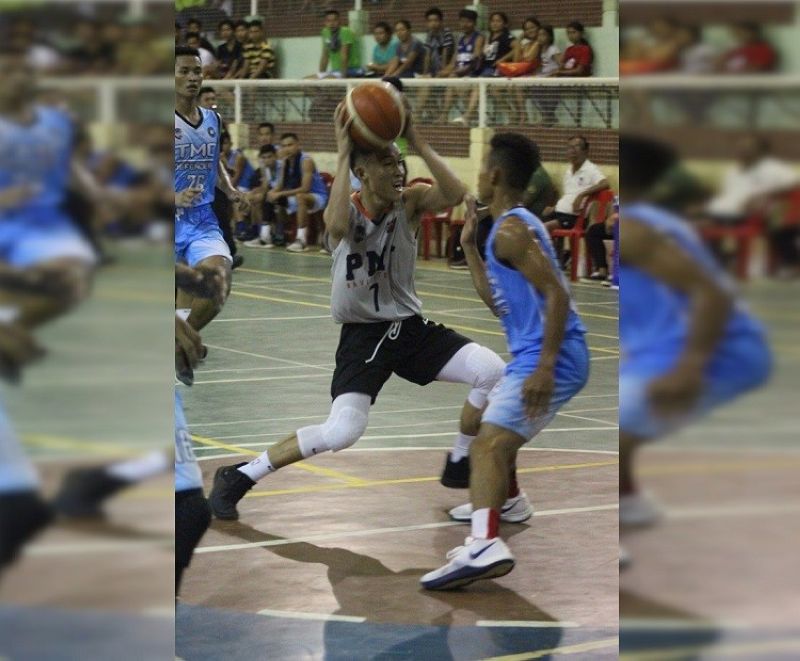 A player from PMI Colleges tries to elude the defense of Trinidad Municipal College in the BSAA. (Contributed photo)

PMI Colleges blew away the Trinidad Municipal College, 88-68, in the Seniors division of the Bohol Schools Athletic Association Season 9 basketball tournament at the Tubigon Gym in Bohol on Friday night, September 26, 2019.

PMI dominated the first half and raced off to a 49-31 lead at halftime to set the tone for the lopsided match. After leading by five, 22-17, after the first, PMI kept their foot on the gas pedal and further outscored Trinidad, 27-14, to build an 18-point advantage.

Arvin Bitad led PMI in scoring with 23 points while big man Marjoe Enguito had a double-double of 13 points and 12 rebounds as well as an assist and a block.

Ivan Valles led CKA with 26 points while Edward Hibaya put up 23 in the losing cause. (SunStar Cebu)