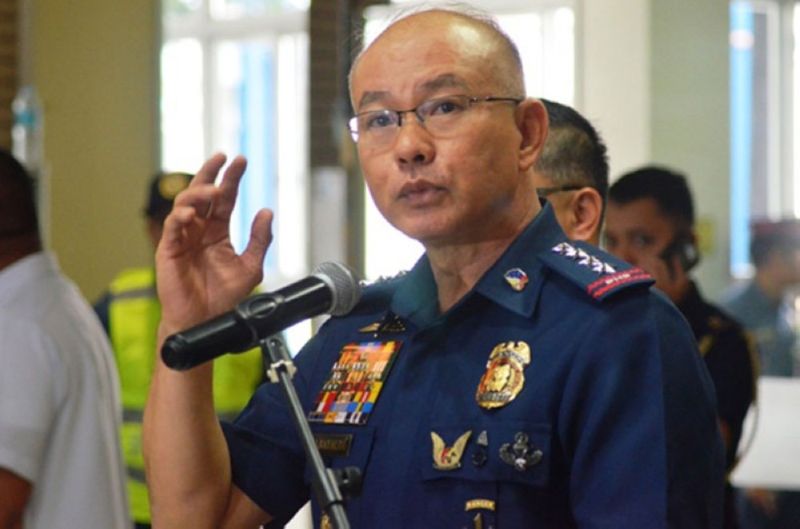 PHILIPPINE National Police (PNP) chief Oscar Albayalde said he is hoping that his would-be successor will continue key policies being implemented by the PNP such as the strict implementation of measures to address crime incidents, the intensified campaign to combat problems against illegal drugs, and the strengthening of internal cleansing.

“It is very important for the successor, especially if you are the chief or commander whether in the police or military, the keyword is continuity. We are not like other institutions where one's project will be different from that of the successor,” he said in the sidelines of his testimonial parade at the Philippine Military Academy in Baguio City on Saturday, September 28.

“Hopefully, before I retire as PNP chief, we see it to it that we are able to institutionalize our Patrol Plan 2030, our internal cleansing program, our internal discipline in the PNP, and all other operational thrusts,” he added.

Aside from continuity, he said he is also expecting that improvements will be made on this program during the next leadership.

Albayalde, who is a member of the PMA Sinagtala Class 1986, is set to retire on November 8 as he reached the mandatory retirement age for a police official of 56.

He took over the helm of the 190,000-strong PNP in April 2018, replacing then Police Director General and now Senator Ronald dela Rosa.

Meanwhile, Albayalde reminisced on his days as cadet in the military academy.

“More than half of my life was centered here and I started my dream here. This was where I learned as a soldier, as an official, and as a leader. So I would like to express my deepest gratitude to my alma mater, the PMA,” he said.

Asked on the legacy that he will be known for, the PNP chief said it is up for the Filipinos to judge him.

“I really do not know. Let the people judge me. I don't know what the people will say. Whatever they will say, I will accept. For myself, I did everything. I gave my best,” he said.

Earlier, Albayalde said the hallmark of his leadership is the internal cleansing which aims to weed out the agency from scalawags.

On January, the PNP created a permanent unit which will focus in monitoring and arresting cops involved in all kinds of illegal activities.

However, Albayalde has recently been implicated on issues involving the so-called “ninja cops” and recycling of illegal drugs particularly when he was the head of the Pampanga police provincial office and several of his men were arrested over involvement on “agaw bato” scheme.

In the said scheme, cops will ask for as much as P50-million from an arrested drug lord, mostly Chinese nationals, in exchange of their freedom or once arrested, the group will free the captured suspects but keep their money and illegal drugs.

Albayalde was relieved during that time over command responsibility while his men were charged, but were later on cleared on from any allegations.

The PNP chief said he is not aware on why an old allegation linking him to illegal drugs has resurfaced.

“I don't know. I really do not know why a very old and recycled issue was brought up again. Well, I just thought that things are really like that. It's all part of public service,” he said.

In connection to this matter, Albayalde said he is confident to face the Senate investigation which may discuss the issue on ninja cops and drug recycling.

“Well number one is the accusation. The thing in Pampanga was already dismissed way back 2017 and I have been saying many times before. It would be self-serving if I will be the only one who will say something. I think somebody has to explain this, not me, not them, not anybody else. Siguro, somebody who is not interested in this case,” he said.

He said retired Brigadier General Manuel Gaerlan, former Deputy Regional Director for Operations (DRDO) in Central Luzon, is willing to testify as he was the one who led the investigation of the case.

“He volunteered himself because he knows everything. He was the head of the investigation body and he admitted that he was directed by then General Raul Petrasanta to lead the investigation,” said Albayalde.

Petrasanta was the Central Luzon regional police director when the issue on agaw-bato cropped up. (SunStar Philippines)