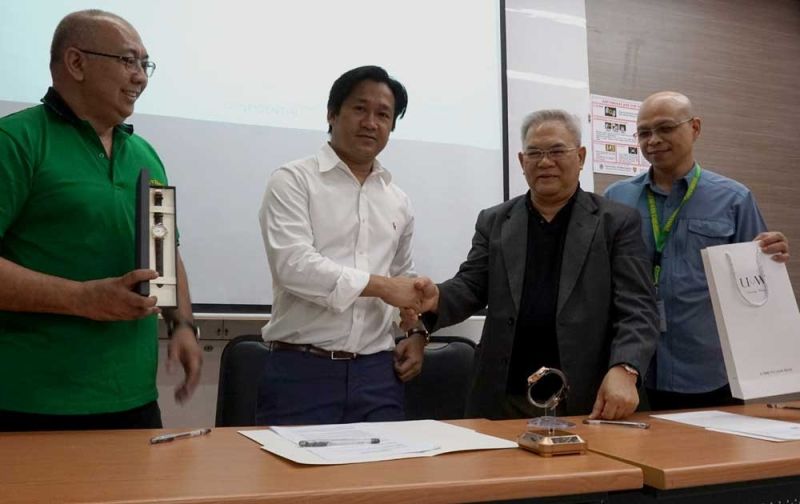 TO TAP the alumni community, a company and a university have partnered to roll out a series of watches bearing the educational institution’s logo.

University Watches chief executive officer Eliel Barcelona said the watches are meant to touch base with the graduates of the school who want to showcase their school pride by wearing it.

“A lot of people love watches but we only buy watches because of two things, time and design or fashion. You could have a lot of watches but the problem is that it is not connected to you. It doesn’t have any personal connection to you,” he said.

UW has partnered with the University of San Carlos (USC) to launch the latter’s own college watch. The two signed a trademark license agreement on Saturday, Sept. 28, 2019.

The one-year contract is to align with the requirements on the intellectual property rights (IPR) that are expected to boost USC’s presence not only locally but also globally.

“When it comes to universities in the Philippines, we are so behind in terms of marketing and branding our Alma Mater,” he said.

“It’s time to look back to a lot of things. When you look at it, it makes you emotional because you remember the day you first entered the campus and the day you graduated. And those are the things that will be captured by your watch that aren’t captured by other brands,” Barcelona added.

He assured that the watches are made of top quality materials which would suit the taste of every Carolinian whether they are students or professionals.

“It represents the past and the present. It is something that symbolizes your identity. It is about you,” he said.

“He (Barcelona) married a business idea with a sense of association and loyalty to the school. He saw that both could be promoted in a mutually beneficial way,” he said.

USC’s university watches for males are priced at P9,700 and P7,500 for females. Orders for the watches can be made through the USC’s Alumni Office.

Barcelona said the watches are in limited edition with only 300 units in initial production.

Besides USC, Barcelona said they are also in talks with other universities to introduce the same concept. (JOB)