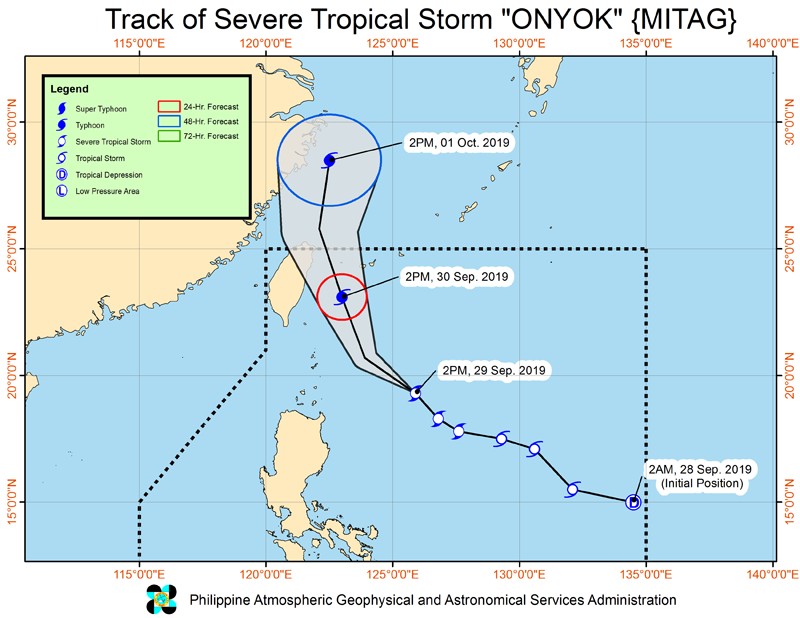 The Severe Tropical Storm has maximum sustained winds of up to 110 kph near its center and gusts of up to 135 kph.

The trough of Onyok will bring scattered light to moderate rain showers and thunderstorms over Cagayan Valley, Apayao, and Ilocos Norte, while Batanes and Babuyan Group of Islands will experience rains with gusty winds.

Partly cloudy to cloudy skies with isolated rainshowers will be experienced over Metro Manila and the rest of the country.

Pagasa said sea travel is risky, especially for small seacrafts, over the northern and eastern seaboards of Luzon, including areas under Tropical Cyclone Wind Signal No. 1, due to potentially rough sea conditions.

The weather bureau said that Onyok is less likely to make landfall in the country and is forecasted to leave the Philippine Area of Responsibility on Monday evening, September 30. (SunStar Philippines)