DOH: No outbreaks of diseases in Central Luzon 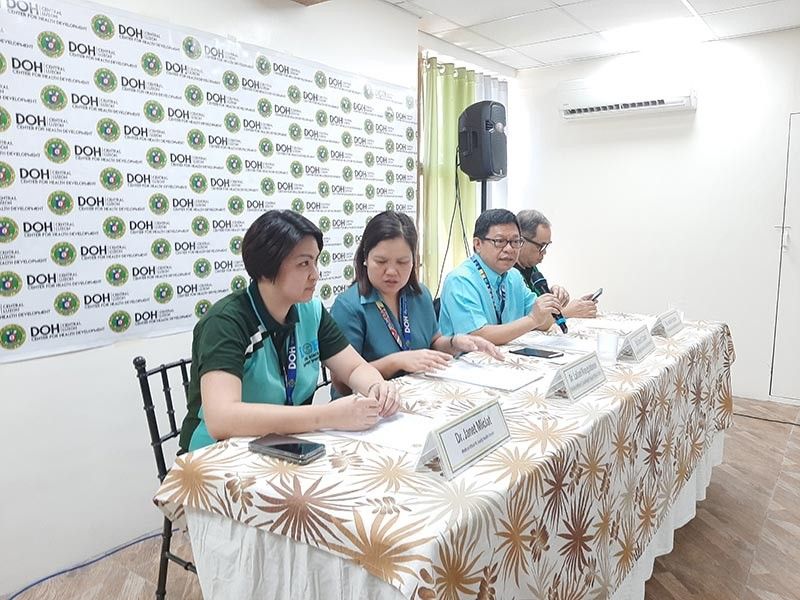 CITY OF SAN FERNANDO – The Department of Health Region III (DOH-3) stated that there is no outbreaks of any diseases in the region.

This, despite the declarations of the agency's Central Office of dengue, polio and measles outbreak in other parts of the country.

During the recent press conference held in this city, DOH-3 Regional Director Cesar Cassion said there is no need to declare outbreak in any disease in the region as number of reported cases gathered from the seven provinces “remain controllable.”

“The number of cases of each disease, including measles, dengue and diphtheria, remains controllable although a little bit higher compared to the previous year. The region also remains polio-free and we intend to maintain it as is,” Cassion said.

Based on the data provided by the agency, the number of reported dengue cases in the region is at 25,486 with 74 deaths, while number of measles cases is at 6,793 with a total of 131 deaths, both as of September 14.

The region also registered a total of 13 cases of diphtheria with no deaths as of September 14. The said disease, an infectious disease that affects the throat and the upper airways, has recently alarmed the public due to a death of a Grade 4 student in Manila.

The number of reported cases of waterborne diseases malaria and leptospirosis is at four and 193 with 21 deaths, respectively.

To prevent the continuous rise of the cases, Cassion urged parents to protect their children from any types of diseases by having them vaccinated immediately.

Maintenance of clean environment and practice of good hygiene is also a must to prevent the spread of diseases in the community.

“Our main weapon against all these diseases are still clean environment, proper hygiene and of course, vaccine,” he said.