Fusarium Wilt: A decade-old problem of the banana industry 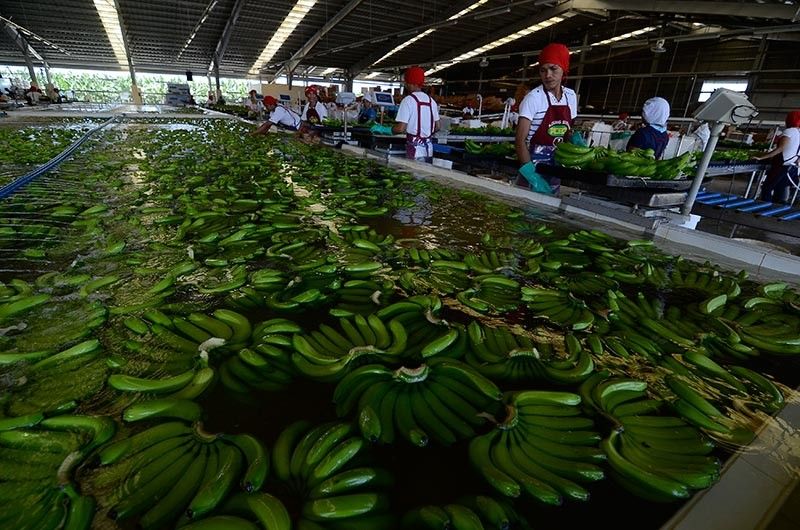 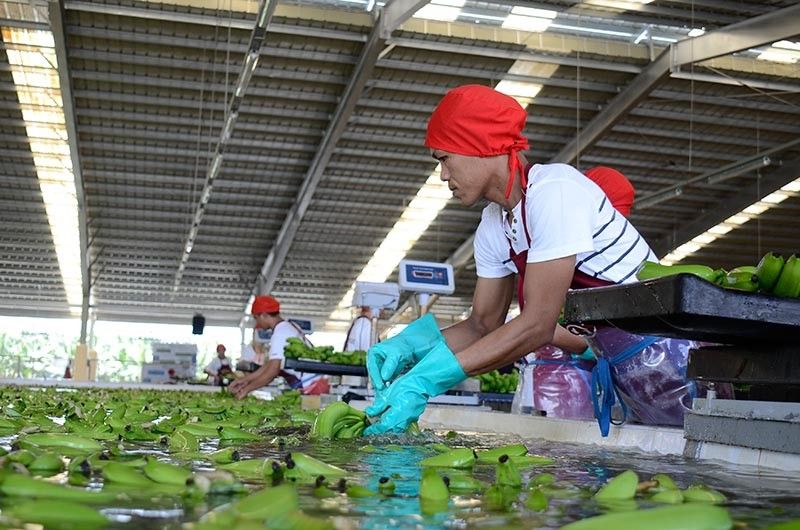 FOR nearly two decades, the banana industry in the Philippines has been up against a problem that is nowhere near to being solved. However, there is hope in the horizon.

According to Virgelio Gutierrez, a science research specialist of the Department of Agriculture Davao (DA 11) Regional Crop Protection Center (RCPC), in 2009 the first case of the Fusarium Wilt, also known as the Panama disease, in Davao Region was recorded by the agency.

According to the Department of Science and Technology (DOST) - Philippine Council for Agriculture, Aquatic, and Natural Resources Research and Development (PCAARRD), Fusarium wilt is a soil-borne fungal disease caused by Fusarium oxysporum f. sp. Cubense (FOC). The disease continually threatens the Cavendish cultivar, ‘Grand Nain,’ which is produced by many banana growers in Mindanao.

The disease was first detected in Calinan, Davao City in 2009. In 2013, DA 11 data revealed that 3,901.50 hectares (has.) geotagged banana farms in the region were affected by Tropical race 4 (TR4), a strain of the FOC that causes the Panama disease.

Gutierrez said of the total areas affected by the disease, 10,807 has. are those of small and medium scale banana growers.

Han Da Bae, Mindanao Banana Farmers and Exporters Association, Inc . (MBFEA) chairperson, told SunStar Davao that per banana farmer, as much as 60 percent of their respective farms are not suitable for cavendish banana. The MBFEA is an organization of small and medium banana exporters, growers, and farmers.

He pointed out that while they did note an increase in the production of bananas, the farms have not been as productive as it should be.

“One hectare would produce an average of 3000 boxes but because of the existence of the disease it has dropped by 30 to 40 percent,” he said. However, Bae said this is just an average and each farm varies greatly among farms depending on the hectarage affected by the disease.

Bae said one of the prevailing causes to the spread of the disease is the lack of information on what it is.

"We really have no fixed or proper idea as to how to mitigate the disease. There are researchers and scientists who come here to suggest different ways to alleviate it but so far there are no proofs because it is a work in progress," he said.

Bae pointed out the soil-borne disease is easily transmittable from a contaminated farm to a healthy one.

"Very susceptible to spreading. One thing is we really do not have the intellectual resources yet as to how to mitigate it," Bae said.

As small and medium farmers struggle to mitigate the spread, members Pilipino Banana Growers and Exporters Association, Inc. (PBGEA) have already created their respective system to mitigate the disease.

He said with the advancement in ways to contain and mitigate the disease, their members have slowed the spread of the Panama Disease.

"Pero wala nato napa-undag ang spread sa fusarium kay up to now wala pa nadiscover pa nga inputs or cure nga mkalaban ani. Pero sa containment medyo na successful ta ana kay iyang spread dili kapaspas sa una but it is still there (We have not stopped the spread because no cure against the disease has been discovered yet. We are quite successful with our initiatives to contain it since the spread was not as fast as before but it is still there),” Antig said.

Search for a cure

Antig said it will take a while before a cure is found to combat the fusarium wilt.

“There have been a lot of claims that they have found a way to fight fusarium wilt,” he said.

However, Antig pointed out that the scientific process on finding a cure can take a while.

Bae said MBFEA is currently conducting talks with a scientist based in Mozambique, an African nation that is also struggling with the fusarium wilt.

“They are currently undergoing an experiment that would potentially alleviate, not totally eradicated but mitigate, the Panama disease,” Bae said.

He said according to the scientist they met, one of the major causes of the spread of the disease is due to an imbalance in the ecosystem of the soil.

“According to the scientist, one way to achieve the balance is to introduce beneficial microorganisms to the soil and promote biodiversity to the farm itself,” Bae said.

He said the practice of monoculture by the farmers is a factor to the imbalance to the soil.

“It has its advantages but in terms of environment, what we see now could be a result of that practice,” Bae said.

He said what they are now trying to figure is how to promote biodiversity and introduce beneficial microorganisms that may help the status of the banana industry.

“We will find out after three to six months if the results are positive,” Bae said.

If results are positive, they will conduct an exchange program with farmers in Mozambique to learn from each other.

Meanwhile, Antig said PBGEA would be open to fund studies that seek to find ways to control or eradicate the fusarium wilt.

“I cannot count the number of people who have approached PBGEA and they have made presentations...not one who presented can really claim that this is now the cure to fusarium wilt,” he said.

Antig said if there is someone who comes forward with a probable solution to the fusarium wilt, there could be a PBGEA member who will be willing to help finance the research.

“If we see the prospect is bright, that would not be a problem. It is something people are looking for,” he said.

While a cure is not available for the meantime, Bae and Antig both said that the DA has initially provided small and medium banana farmers with some mitigating strategies.

Gutierrez said among the major interventions they provided included the distribution of Trichoderma and provision of GCTCV 219/218.

He said Trichoderma is a bio-control agent against the disease. Farms that have been affected by the Panama Disease will burn the area where the disease is present. After burning, trichoderma will be applied.

Gutierrez said trichoderma is a fungus that “covers” the spores of the fusarium.

The GCTCV 219/218 are claimed to be resistant varieties against the Panama Disease. However, the resistant variety is struggling to gain the full support of both the market and the farmers.

“The results so far have not been promising for the resistant variety. Its harvestable bananas are not suitable for the foreign market. There are major adjustments that need to happen,” Bae said.

Antig said, at present, changing the bananas to the GCTV 218 and 219, is one way for those affected by the disease to recover or survive.

“So far what we are banking on right now is the discovery of 218 and 219 but we continue to do research through natural selection to see if this is really the variety that is resistant to fusarium wilt,” he said.

Antig added, “It will take several years before we can categorically say that this is really the variety to replace the cavendish because it is resistant.”

He said, as far as the market is concerned, the preference is still cavendish banana.

DA has also provided affected farmers with seedlings of cacao, corn, coffee, and vegetables in a bid to urge the farmers to crop shift.

The have also provided farmers training on the use of trichoderma and the GCTV 218 and 219. There were also lectures and seminars on goof agricultural processes.

Bae said on top of this different assistance to the farmers, there is a need to intensify the information and education campaign on the Fusarium wilt.

“Farmers are hungry for information with regards to the issue,” he said.

It will take a while before a cure is found but the current mitigating initiatives would help the banana industry to survive.