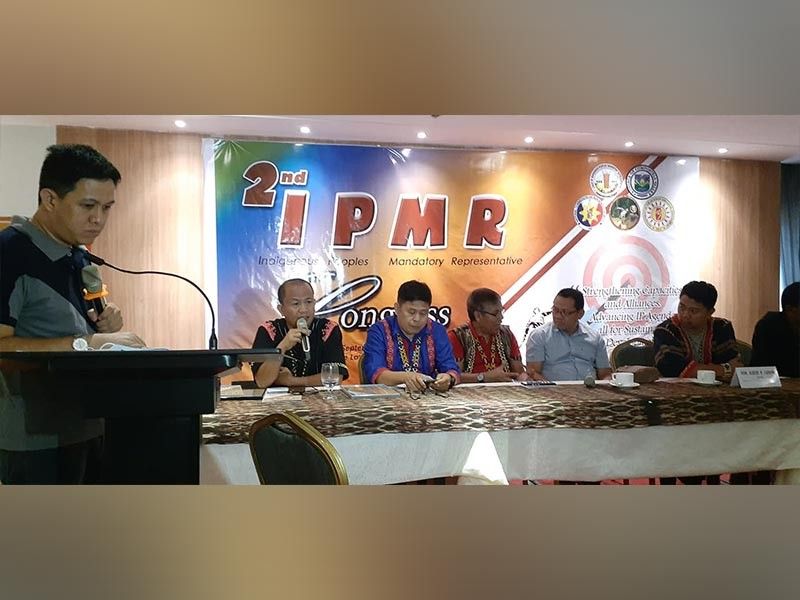 SOME 200 Indigenous People (IPs) attended the 2nd Indigenous People's Mandatory Representative (IPMRs) Congress slated on September 25 to 28 at the Blue Lotus Hotel, seeking to capacitate IPMRs in legislating policies and measures in their respective Sanggunian and update on the internal rules and policies of the IPMRs league of Compostela Valley.

National Commission on Indigenous Peoples (NCIP) 11 Regional Director Geroncio Aguio said the event is a great avenue to empower and unite all the IPMRs in coming up with a unanimous decision in addressing pressing issues they face in their communities and their ancestral domain.

The activity is anchored on the theme, "Strengthening Capacities and Alliances: Advancing the IP Agenda all for Sustainable Development." The provincial government of Compostela Valley thanked attendees from barangay, municipal and provincial levels of the legislative bodies through NCIP's facilitation and issuances of Certificate of Affirmation (COA).

During the activity, concerns on the ancestral domains were brought up and the NCIP presented the new policy issuances and administrative orders that should address the issues and concerns of the indigenous cultural communities.

Based on the briefer provided to the media, the IPMRs should have the proper information/awareness to guide the respective communities they are representing in terms of legislation.

There was also a presentation of the legislative agenda of the IPMR at the Sangguniang Panlalawigan such as the amendment of the Provincial Ordinance Creating the seat of IPMR to SP from "IP sectoral" to IP Mandatory Representative, crafting ancestral domain revenue code, and strengthening policy on free, prior and informed consent (FPIC) compliance.

In the four-day activity, there were also updates on the NCIP Advisory addressing the issues of Entry of Migrants about Policy for the Issuance of Certificate of Actual Land Occupancy for Migrants and Certificate of Ancestral Domain Land Allocation and updating of each IPMRs individual accomplishments and eventually draft the IP Development Agenda of the Provinces and craft the Merit-based for Monitoring of IPMR's performance.