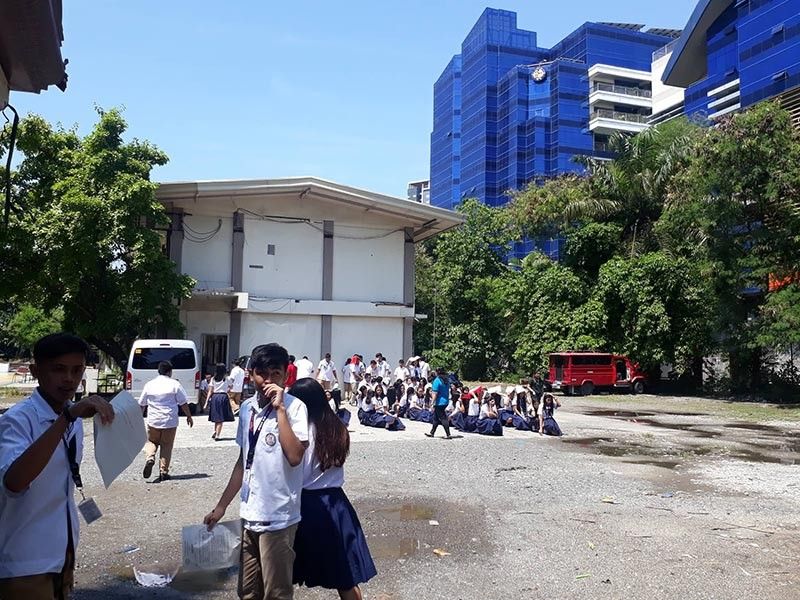 A 6.1 magnitude earthquake, which struck Davao Region yesterday, September 29, hampered the Licensure Examination for Teachers (LET) at the University of Mindanao (UM)-Bolton yesterday.

Several LET takers were interrupted after they were advised to leave their respective classrooms to seek for safer ground when the strong quake hit the region.

“We ended our general education exam, I went outside the room for a while, but I noticed people are staring with each other as if something's wrong but I just disregarded it. Suddenly, I felt the shaking, I wasn't sure what's going on but confirmed it was an earthquake,” Jayvan Nillas, one of the LET takers shared with SunStar Davao.

After the shaking subsided and ensuring that it was safe to return, they were told to go back to their assigned classroom and continue with the exam.

“Our proctor told us to stay calm, relax and don't panic. We slowly went outside from our respective rooms but then it stopped. Fortunately, we entered back to our room and the exam resumed. We were slightly distracted since we were focused on our papers. But then everything was fine,” Nillas added.

Also, teachers of the Holy Child College of Davao (HCCD) immediately assisted the evacuation of their Sunday school students to go to the open field adjacent to their schools.

Based on the Earthquake Information No. 1 issued by Phivolcs on September 29, at around 10:02 a.m., the earthquake was tectonic in origin with 14 kilometers depth and its epicenter is located in 05.62 north, 126.73 east - 126 km south 77 degrees east of Jose Abad Santos in Davao Occidental.