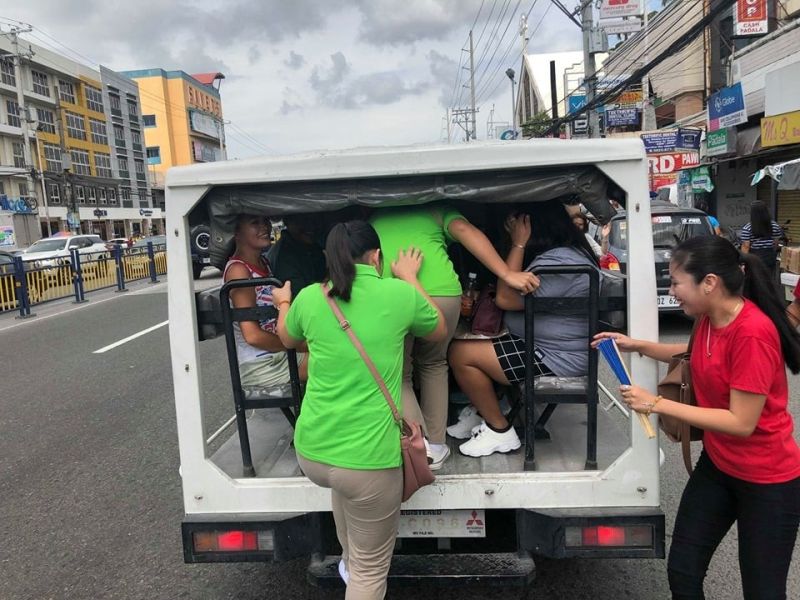 Passengers stranded at the intersection along the Jose Abad Santos Avenue in the City of San Fernando, Pampanga board a police patrol car after local government units and the Philippine National Police PNP provided free rides during yesterday's Nationwide transport strike.

CITY OF SAN FERNANDO – Local government units in the province have mobilized their service vehicles to ferry stranded commuters amid the nationwide strike launched by two big transport groups yesterday.

In this capital city, several vehicles from the General Services Office Motorpool Division were deployed from 6:00 a.m. to 5:00 p.m. to move commuters from downtown area to San Agustin, SM City Pampanga, Telabastagan and St. Jude.

Municipalities of Mexico, Minalin, San Luis, Candaba, Masantol, Guagua, Sta. Ana, and Masantol, in partnership with their respective police force, also provided free rides to commuters from their area to this city.

The Laus Group of Companies have also dispatched service vehicles to transport their employees with pick-up points at the SM City Telabastagan and junction area in Barangay Sindalan going to their respective offices.

Modern jeeps plying the routes of Lubao-Floridablanca-Guagua, Masantol-SM City Pampanga, and Apalit-Dau and vice versa continue their trips and were able to service their passengers.