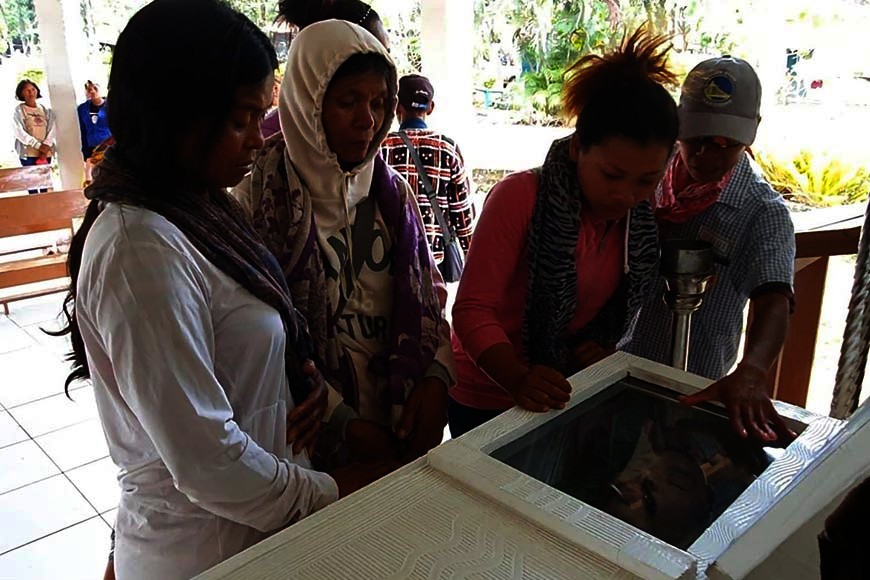 BUKIDNON. The family of the rebel who died in an encounter on Saturday, September 28, in Sitio Bangkalawan, Barangay Lumintao, Quezon, Bukidnon. (Photo courtesy of 403rd Brigade)

A NEW People's Army (NPA) leader and one of his comrades died in an encounter with government forces on Saturday, September 28, in Sitio Bangkalawan, Barangay Lumintao, Quezon, Bukidnon.

The NPA leader was identified as Joven Manggatawan, also known "Amana," who led the group responsible for attacks and atrocities on civilian farm compounds and destruction of civilian-owned equipment in southern Bukidnon, the military said.

Manggatawan is said to be the leader of Sentro de Grabidad (SDG) platoon of the Communist Party of the Philippines (CPP)-NPA's Company Thunder, Subregional Command 2 of NCMRC operating in Southern Bukidnon areas.

The other NPA rebel wounded in the encounter was Oliver Cabusog, who died on Sunday, September 29.

Manggatawan sustained a gunshot wound to his right arm.

Army medics tried to save the rebel by putting a tourniquet on the wounded area, but he died shortly after running out of blood.

Meanwhile, Cabusog was hit in the left leg and was still carried down from the mountains by soldiers to the Bukidnon Provincial Hospital on September 29. He died around 5 p.m. of the same day.

Brigadier General Edgardo De Leon, commander of the 403rd Infantry Brigade, said they have tried to reach out to the NPA but to no avail.

"We have so far convinced 110 regular NPAs, but there are still those who opted to remain. They would have to face the might of the military. While we extend our hands to offer peace, we are also duty-bound to use sufficient military force against those who continue to terrorize civilians and destroy civilian properties. The constitution mandates the AFP to protect the people, and we will not remiss with that mandate," he said.

"Somehow, they have given justice to the many civilian victims of NPA atrocities. But it is not enough. The NPA leaders must be prosecuted in courts for violating the International Humanitarian Law (IHL), which is punishable under Republic Act 9851. The victims must be indemnified by the CPP-NPA. The NDF must investigate and explain to the public why the NPA keeps on attacking civilians," he added.