UP TO P50,000 in financial assistance awaits every indigent patient who will be confined at any provincial and district hospital in Cebu’s fourth district.

Gov. Gwendolyn Garcia also said the Provincial Government will allocate funds for the expansion of the Bantayan District Hospital’s bed capacity next year. Its 25-bed capacity would be quadrupled to 100.

Garcia was in Bantayan Island on Monday, Sept. 30, 2019 for several events, including the signing of a memorandum of understanding (MOU) with Rep. Janice Salimbangon (Cebu, 4th).

The P6 million in cash aid will form part of Salimbangon’s medical assistance fund through the Benhur Health Card Medical Assistance Program, which was started by her predecessor and husband, former congressman Benhur Salimbangon.

The financial assistance, which will be taken from the congresswoman’s local government support fund, will be deposited in the trust fund of the Provincial Government.

Salimbangon’s office shall identify and recommend, through a letter of referral addressed to the chief of hospital, the indigent who may avail himself or herself of the program.

In case the amount of benefits that may be extended is not specified, a maximum of P50,000 will be given to each beneficiary who may need major surgery.

A maximum of P20,000, on the other hand, will be extended to those who will be hospitalized without surgery, while up to P10,000 will be given to each indigent outpatient.

If ordered to be confined, the patient will be accommodated in charity wards only.

The petty cash fund will be used to reimburse expenses on medicine, supplies and laboratory services of the patient outside of the three hospitals.

Meanwhile, the governor said the Province will work on increasing Bantayan’s 25-bed capacity to 100 next year.

“Sayod kita nga mao ra kini ang hospital nga kadaganan sa kadaghanan (We’re all aware that this hospital is where most of the residents in Bantayan Island run to)... To upgrade the services in this hospital, for 2020, we’re going to allocate a budget and ask the Department of Health to upgrade this from a 25-bed to a 100-bed hospital,” Garcia said.

The Capitol will also hire a surgeon and build an operating room in the hospital. (RTF) 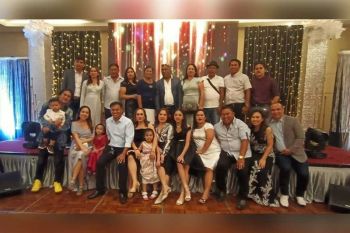