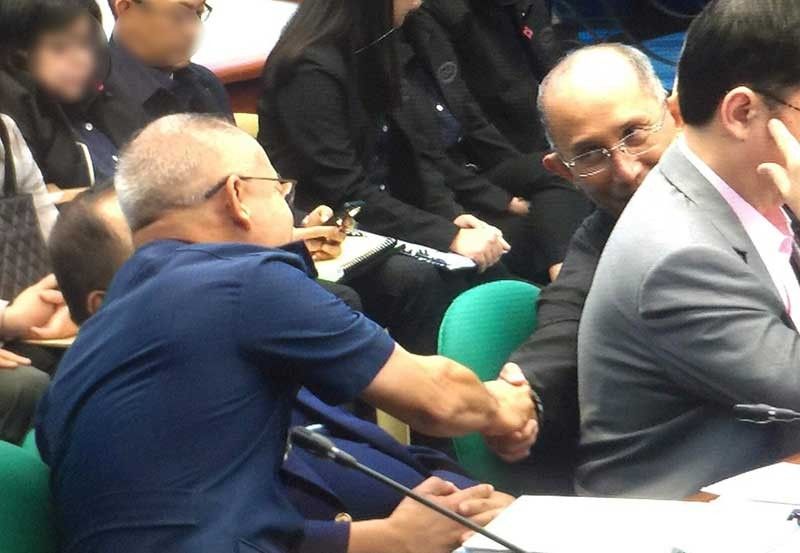 DEPARTMENT of the Interior and Local Government (DILG) Secretary Eduardo Año vouched on Tuesday, October 1, for the dedication and hard work of Philippine National Police (PNP) Chief Oscar Albayalde amid allegations linking the latter to the so-called ninja cops.

“Im basing my observation and assessment on the performance of the chief PNP, sa term niya bilang chief PNP at nakita ko nga namagaling at masipag siya,” he added.

Año made the statement a few hours before Albayalde and former Criminal Investigation and Detection Group (CIDG) chief and now Baguio City Mayor Benjamin Magalong are set to face off in a Senate investigation on Tuesday.

Año said he instructed Albayalde to attend the said investigation in order to clear his name.

He said he has yet to discuss the matter with President Rodrigo Duterte but he expects to speak about it with the President on their way to Russia on Tuesday afternoon.

Last week, Magalong faced the Senate committee on justice and human rights and identified the policemen and police officials who were allegedly involved in the recycling of illegal drugs based on CIDG's investigation.

The list is with the Senate, but Senator Richard Gordon hinted using hand gestures that Albayalde is on the list.

Albayalde was the provincial director of Pampanga Police in 2014. He was relieved over command responsibility after CIDG Pampanga head Bienvenido Reydado and six of his men were investigated over the alleged “agaw-bato” scheme.

Under this scheme, police arrest suspected drug lords, then release them but keep their money and illegal drugs. (SunStar Philippines)