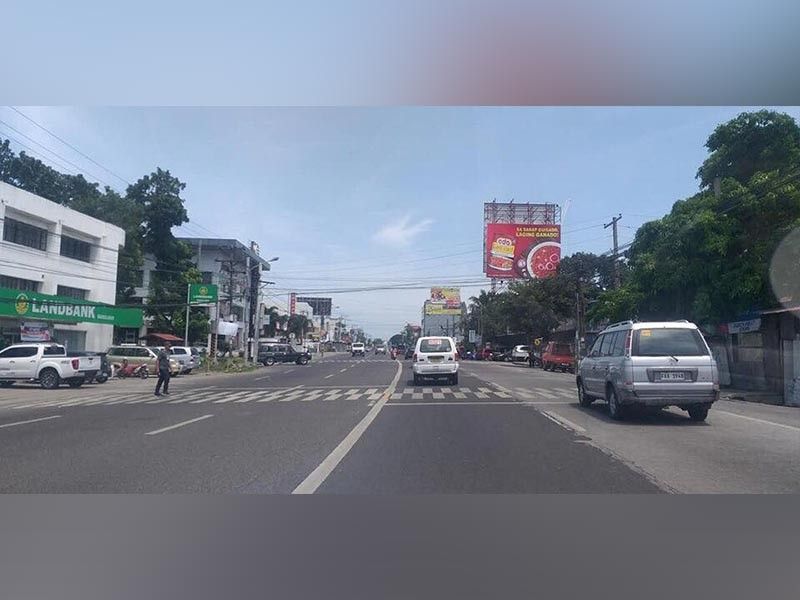 BACOLOD. From being one of the busiest thoroughfares in Bacolod City, a smooth flow of traffic was observed along Lacson Street during the nationwide transport strike Monday, September 30, 2019. (EPN)

MAJOR transport organizations in the province said they “hit” the government with their “punches” after they achieved their goal of a hundred percent paralysis of public utility vehicles (PUV) in Bacolod City during the transport strike on Monday, September 30.

Diego Malacad, Secretary General of United Negros Drivers and Operators Center (Undoc), said that from 8:00 a.m. to 3:00 p.m. no PUV plied the streets especially at the seven rally centers where they held a vigil rally.

“We believe we have delivered our message to the government. Since the president was hit with our punches, we expect him to listen or retaliate," Malacad said.

He explained that they are not against the PUV Modernization Program, but they are just asking the government that Euro4 vehicles should be made available in the market that would be available to individual operators who would like to acquire the unit.

“We are against the plan of the government to compel the operators to buy Euro4 vehicles to certain suppliers only, and acquisition will be through a cooperative,” Malacad explained.

"Almost 80 to 90 percent of the operators nationwide cannot afford those types of vehicles being pushed by the Duterte regime," he said.

Malacad added the government should instead support a rehabilitation program for the mass transport system, adding that it is far cheaper option compared to the Department of Transportation’s (DOTr) modernization program.

Malacad said that at 4:00 p.m., they moved out from the different rally centers and proceeded to the Fountain of Justice where they acknowledged the police, the local government units, and everyone for the successful transport strike that ended peacefully.

Some drivers opted not to resume operation.

The issue over the rising oil prices and the Tax Reform for Acceleration and Inclusion (Train) law was also protested by transport operators during their strike.

Malacad said they blame the oil price hikes to the monopoly of "oil cartels," who are also conniving with the administration of President Rodrigo Duterte.

Malacad also cited the Oil Deregulation Law and the Train law which he said has affected not just the oil price, but also the primary commodities.

He also said the Train law is "anti-people," and the only way to solve the problem is to nationalize the local industry in order to eliminate the monopoly of the cartels.