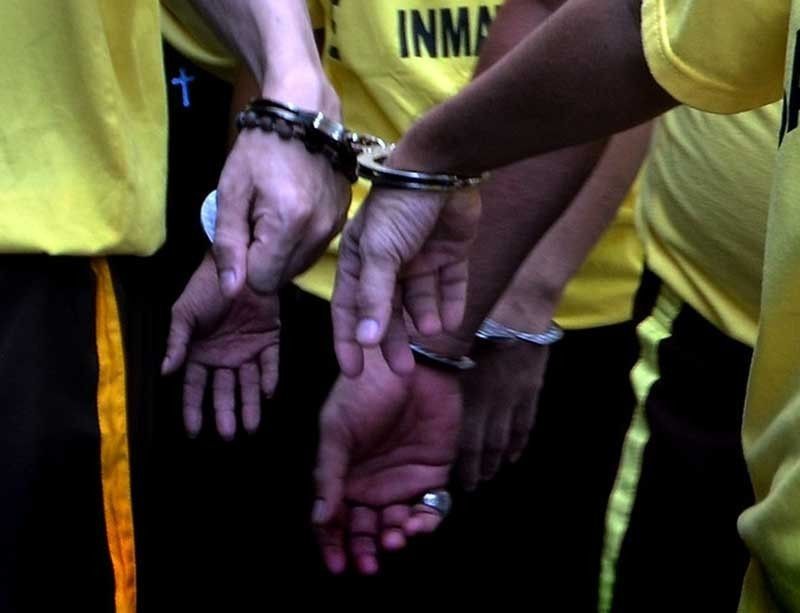 Guevarra said they submitted to the Department of the Interior and Local Government (DILG) on Monday a list containing 19 names of heinous crime convicts who were prematurely released through the GCTA but refused to surrender.

"The first partial list containing 19 names was transmitted to the DILG yesterday. So the PNP may now resume the search for these heinous crime convicts prematurely released,” he said at the sidelines of the Senate hearing on the GCTA.

“The BuCor (Bureau of Corrections), assisted by the DOJ (Department of Justice), will release more names in batches every week or as soon as reviews of individual carpetas/case records are completed," he added.

In response, PNP spokesperson Brigadier General Bernard Banac said the police tracker teams are all set and ready to move.

“We are just waiting for the clean list to be officially transmitted to PNP that comes with pictures and addresses to make it easier for teams to track down wanted convicts who are still at large,” he said.

Duterte gave the GCTA-freed convicts 15 days to turn themselves in to the authorities amid the alleged irregularities in the implementation of GCTA particularly the inclusion of heinous crime convicts among its beneficiaries.

After the 15-day ultimatum, Duterte offered a P1-million bounty on each convict, dead or alive.

The DOJ list serves as the basis for the arrest of heinous crime convicts freed based on GCTA.

The PNP tracker teams are spearheaded by the Criminal Investigation and Detection Group (CIDG).

Over 2,000 convicts have surrendered, but only 1914 were on the original list issued by the BuCor. The list was also found to contain double and erroneous entries. (SunStar Philippines)