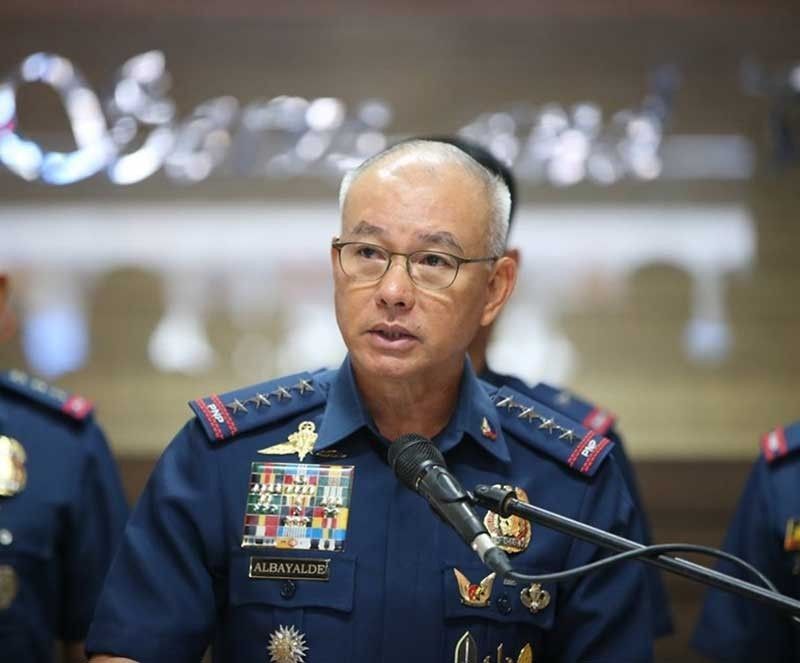 PHILIPPINE National Police (PNP) Chief Oscar Albayalde appealed on Tuesday, October 1, to spare the PNP from any insinuations related to the so-called ninja cops even as he urged the Senate to reveal the names of these erring officers.

Ninja cops refer to police officers who recycle and sell illegal drugs that they seized during legitimate anti-drug operations.

“As PNP chief, it is my duty to ensure that the police [do] not become a subject of innuendos and spared from blind item [in] the media, especially if it involves abuse, corruption and illegal drugs,” Albayalde said before the Senate committee on justice and human rights, which is conducting an investigation into the ninja cop phenomenon.

“In the last 17 months, I have strived to lead the 190,000-strong police force and uphold the positive image of the PNP through the internal cleansing program started by my predecessor. After all, instituting police discipline and ridding (the PNP) of rogue policemen have always been my advocacy,” he added.

Albayalde urged the lawmakers to finally make public the names of the police officers involved in illegal drugs recycling to stop speculations.

“In the interest of fair play and impartiality, I am appealing to your honor’s high sense of justice to make public the record of the executive session that was requested during the previous joint committee hearing,” he said.

Albayalde was referring to the information revealed by former Criminal Investigation and Detection Group (CIDG) and now Baguio City Mayor Benjamin Magalong during an executive session in the Senate last week where he reportedly revealed the names of the ninja cops including several police officials who were allegedly protecting them.

In an interview with reporters following the executive session, Senator Richard Gordon hinted using hand gestures the rank of the police official allegedly involved in the recycling of drugs. He was apparently referring to a four-star police official. The only active four-star general is the PNP chief.

At the beginning of Tuesday’s hearing, Gordon clarified that he was just simply wiping his nose as he had colds.

He said it was only the media who gave color to his hand gestures.

Albayalde was linked to the ninja cops since he was the provincial director of the Pampanga police when several of his men were arrested over the alleged “agaw-bato” scheme, wherein police arrest suspected drug personalities and then release them but keep the illegal drugs. (SunStar Philippines)