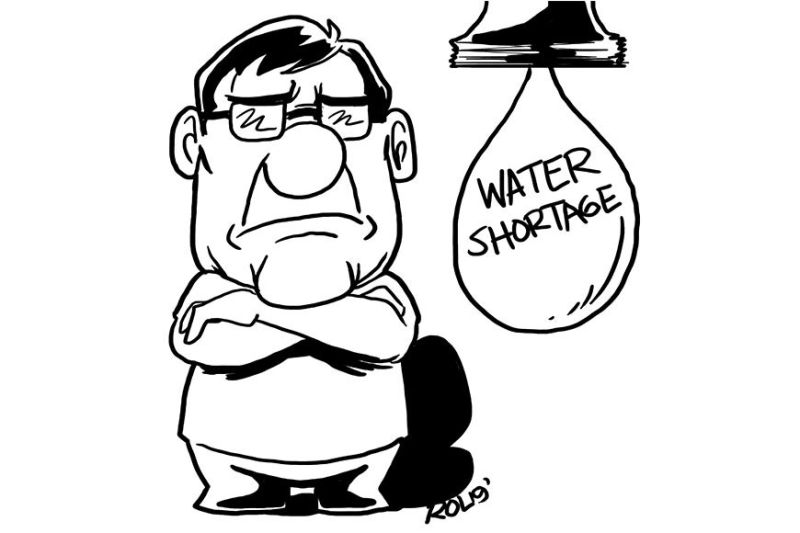 DISMAY, dissatisfaction, and loss of trust and confidence. These are the words Provincial Board (PB) Member Glenn Soco, chairman of the PB’s Committee on Planning and Development, used to cap his feelings over the Metropolitan Cebu Water District’s (MCWD) failure to keep the quality of its services and supply consistent and sufficient.

“The Metropolitan Cebu Water District has no justifiable reason to their poor water supply, and in fact, continues to offer its services to new water consumers despite their persistent claims that water supply is not enough for the Province of Cebu at the present time,” Soco said in his resolution.

To this day, there are around 5,000 households in many parts of Talisay City and Cebu City that are affected by the lack of water flowing at the Mananga River, which brings water to the Jaclupan water facility. From an average of 30,000 cubic meters per day, the Jaclupan facility’s production goes down to 27,000 per day, and down eventually to 25,000 last Monday, Sept. 31.

Reports said low pressure and reduced service hours are being experienced not only in some parts of Talisay City, but also in Barangays Bulacao, Basak Pardo, Mambaling, Guadalupe, Capitol Site, Sta. Cruz, Sambag I, Sambag 2, Kamputhaw, Inayawan and Basak San Nicolas in Cebu City. Some of these barangays have been suffering from meager water supply since September.

The MCWD turned to Jaclupan after production at the Buhisan Dam dropped from 6,000 cubic meters per day to 3,000. No small help that temperature spiked to a fiery figure of 36-41 degrees Celsius and no rain coming.

Soco’s cry was echoed in many chambers. Cebu City Edgardo Labella said that if the MCWD board do not shape up, he might just crack the whip, study ways to unseat them.

Under Presidential Decree 198 or the Provincial Water Utilities Act of 1973, the local chief executive of the local government unit where 70 percent of the service connections are based has the power to appoint members of the board.

However, the same law also says members of the board have tenure of around two to five years, and may be removed only on justifiable cause.

Nevertheless, the current state of MCWD’s water service, or disservice if you may, reflects the mediocrity that dwells in its boardrooms. Water shortage has been going on for decades in our part of the world, which is to say all the solutions that have been cooked up by these people proved insufficient, ineffective, traditional at its worst, obsolete even.