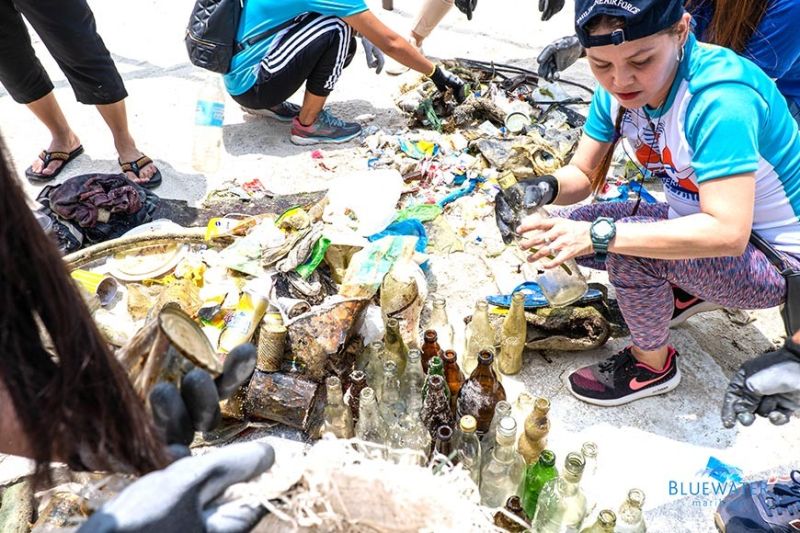 THE Bluewater Maribago Beach Resort on Sept. 21, 2019 took part in a different battle along the historic coastline of Mactan where the local chieftain Datu Lapu-Lapu led his men in defeating Portuguese navigator Ferdinand Magellan and his band of Spaniards nearly 500 years ago.

The event was dubbed as the “Battle for Litter-Free Seas.” It was a simultaneous clean-up activity organized by the local government units of Cordova and Lapu-Lapu City, Coastal Clean-up Coalition and Bluewater Maribago Beach Resort.

Bluewater played host to the event’s underwater clean-up component, contributing to the continued protection and conservation of the waters in Mactan Island.

True to its advocacy of ocean conservation and its support of the United Nations Sustainable Development Goals, Bluewater has traditionally hosted the event numerous times as well as other cleanup events the whole year round.

A team of 70 volunteers coming from various departments of the resort led by its vice president for finance and operations Rhyz O. Buac also conducted a beachside cleanup that started from the corner of Buyong and Arcadio Alegrado St. going towards the vicinity of the Boyla Dive Center.

The International Coastal Clean-up Drive (ICCD) began 30 years ago and this movement has been gaining momentum as communities, stakeholders and the government are taking up the issue of conservation after the effects of the continued degradation of oceans are becoming more evident.

The Lapu-Lapu City Government headed by Mayor Junard Chan and Councilor Rico Amores along with 153 divers joined this year’s underwater clean-up to support the ICCD.

Bluewater Maribago Beach Resort is a proud member of the Bluewater Resorts group, a Filipino-owned chain of resorts showcasing the best of Filipino culture with its Cebuano unique approach to hospitality called amuma with excellence.

Bluewater Maribago Beach Resort has been receiving the prestigious Association of Southeast Asian Nations-Green Hotel Standard and Award since 2016.