Bzzzzz: No ban on Mocha Uson at Owwa or Fernandez at MCWD 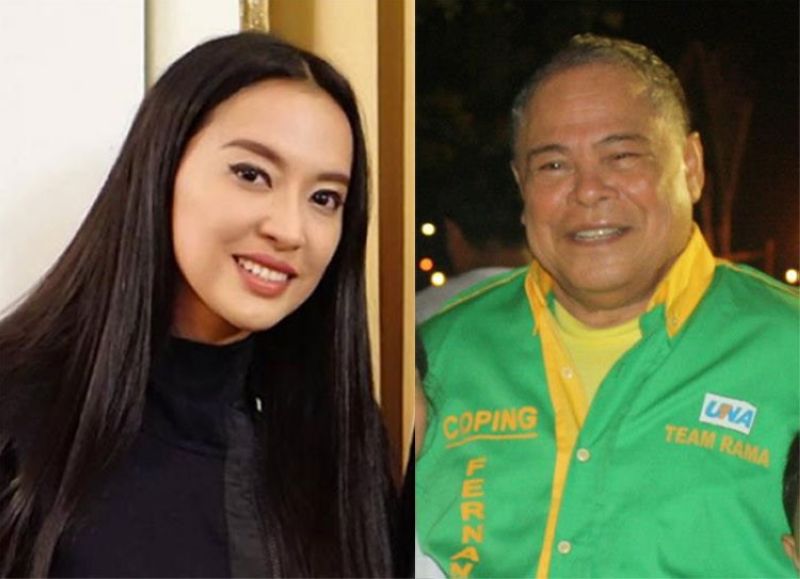 EXPLAINER [1]. MOCHA USON'S APPOINTMENT. The general rule in the Constitution prohibiting the appointment of a candidate, "who has lost in any election within one year after such election, to any office in the government or any GOCC (government-owned or controlled corporation) or any of their subsidiaries" does not apply to nominees of a losing party-list organization. Thus, Mocha Uson may lawfully assume the new job President Rodrigo Duterte appointed to: as Owwa deputy executive director.

The rule is found in Rule 4, Section 3 of Comelec Resolution #9366 which governs the party-list system and was confirmed in en banc minute resolution (#19-0677).

Comelec explains that the nominees are not the candidates but rather the party-list itself. The same rationale for incumbent representatives who are nominated in the party-list election; they will not be considered resigned.

In sum, party-list representatives enjoy the fruit of an election, the public office and its perks but not the restrictions on running and losing that apply to other candidates.

EXPLAINER [2]. COPING FERNANDEZ AS REP FOR WOMEN IN MCWD. There is no provision requiring that the director of Metropolitan Cebu Water District representing the women sector must be a woman. It looks odd though for a man to fill a slot in a government-owned or -controlled corporation that is generally presumed to be reserved for women.

Critics shouldn't ask whether a full-blooded male may represent women. Instead, they may ask, Does Coping represent the women's organizations, which the Provincial Water Utilities Act (Presidential Decree #198 of 1973) requires?

Odder still is that there had been no news report for some five years about Fernandez representing women or it just had gone unnoticed. Coping will finish his sixth year and step down as MCWD director on December 31.

EXPLAINER [3]. BAN ON ANTI-DELIMA OFFICIALS A 'BILL OF ATTAINDER'? Senate President Vicente Sotto III said the proposed travel ban contained in the State and Foreign Appropriations Bill is a bill of attainder and therefore unconstitutional (under both US and Philippine constitutions, he said). A bill of attainder is a legislative act "that singles out an individual or group for punishment without a trial" or "declares a person or group of persons guilty of some crime and punishing them."

Only that the ban is not a punishment against the specified Filipino officials, who were said to be responsible for Senator Leila de Lima's "wrongful imprisonment," surely not penalty for a crime or administrative offense. It is an immigration policy, a privilege of the US, openly smuggled into an appropriation bill.

Senator Tito, who says he comes from Cebu, may have spoken too soon when he said it is "embarrassing" and the senators' staffers were weak ("mahina").

A Wednesday (September 25) tweet from Foreign Secretary Teddy Locsin Jr. told about his meeting with US President Trump with wife Melania at the United Nations in New York.

"I shook his hand, he looked straight at me and said, 'Say Hi to Frank Sinatra..' Me stunned. "I admire you so much.' He: 'You know who I mean?' 'Uh.' Duterte joined Pilita Corrales in song at Asean. 'I love that guy.'"

In a paragraph of five sentences, the DFA secretary tells the public that (a) Locsin met Trump and his wife and shook hands, (b) Locsin said to Trump he "admires him so much," and (c) Trump said he loves Duterte.

What must have "stunned" Locsin was how Duterte could be compared with Sinatra when the song the president sang at the Manila-hosted Asean Summit in 2017 with Pilita was "Ikaw," not "My Way" or "Strangers in the Night" (do-be-do- be-do). The Filipino song couldn't evoke or show any style in voice or gesture that would come close to Sinatra's.