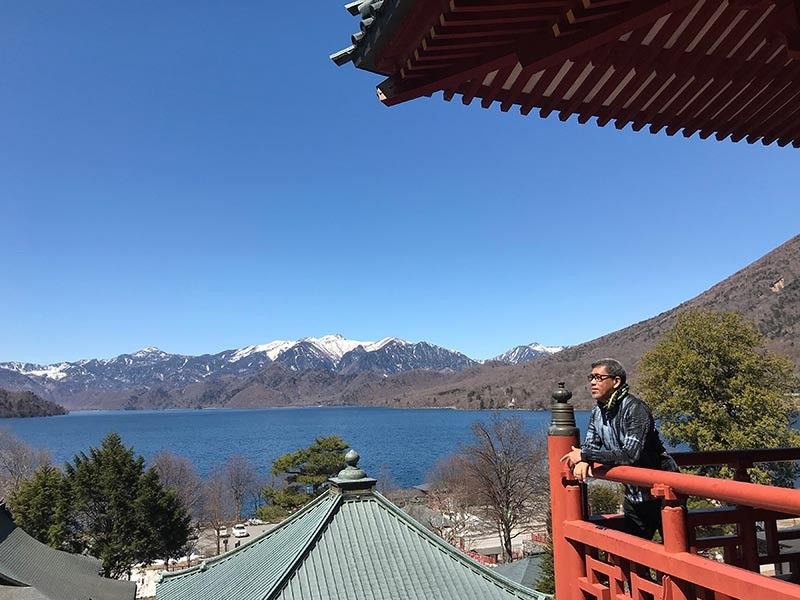 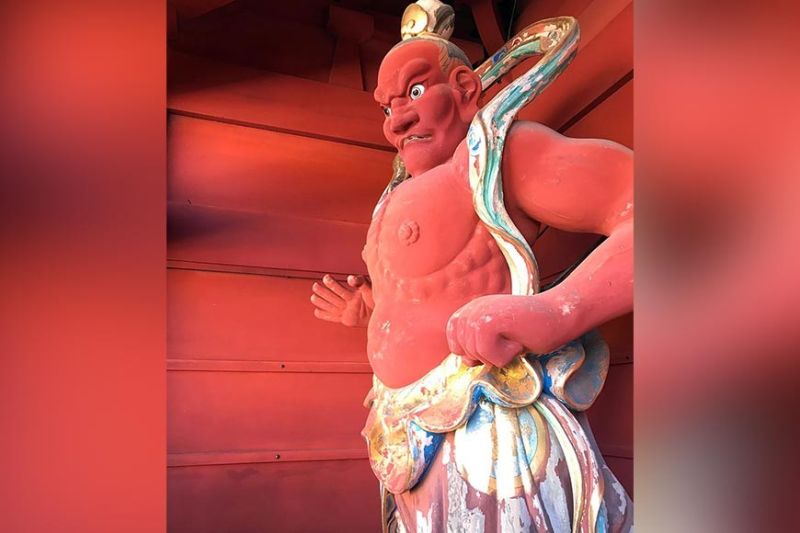 JAPAN. Ungyo, one of two benevolent guardian kings (the other is Agyo) at the gate of Chuzenji Temple. 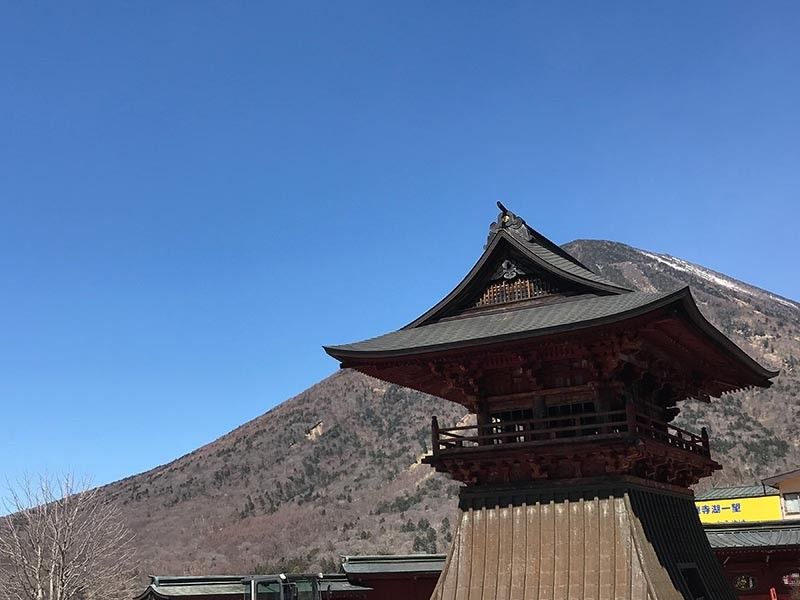 JAPAN. The bell tower and the mountain. 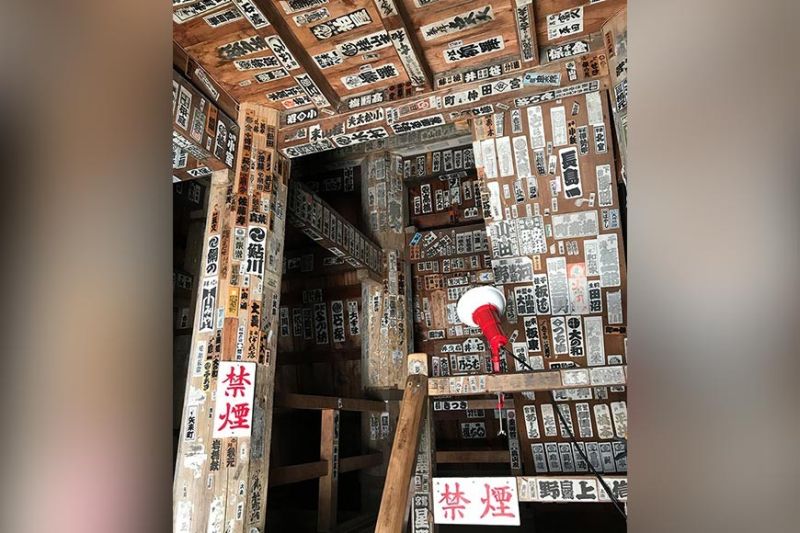 JAPAN. Inside the temple bell tower. 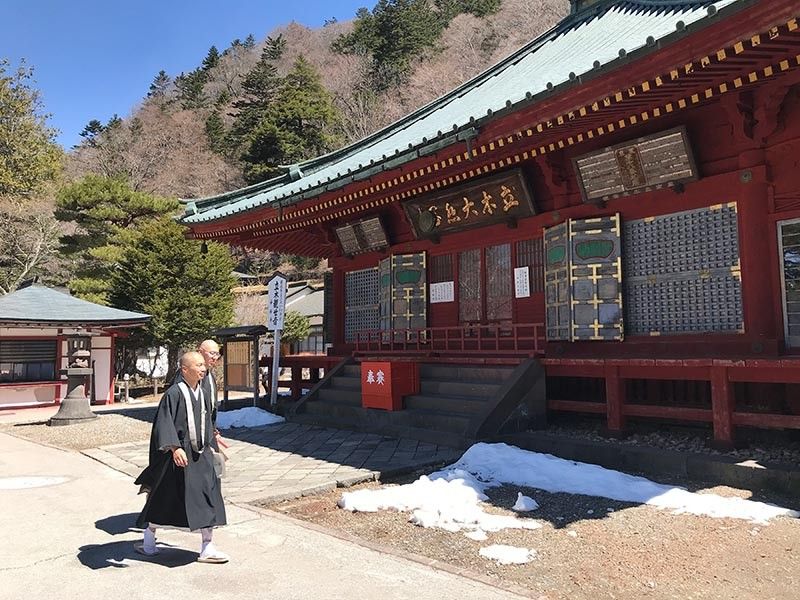 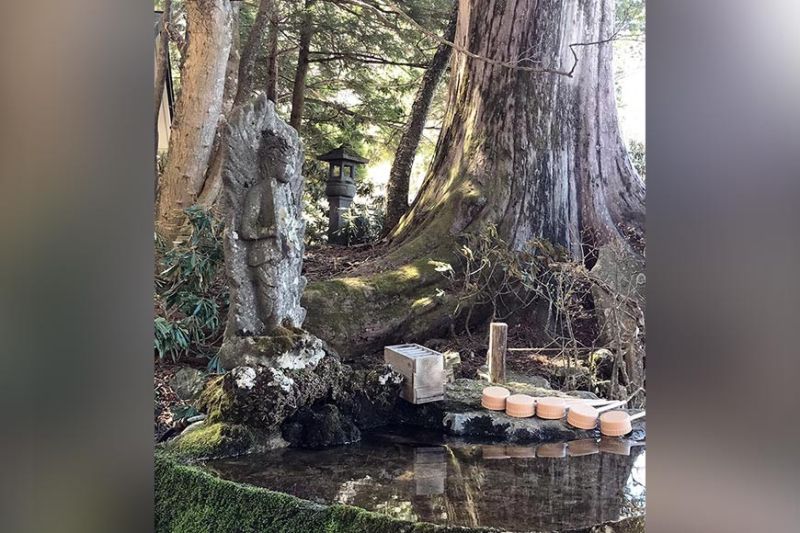 JAPAN. Image of the Goddess Kannon at the temizuya.

A SHORT distance away from the Futurasan Chugushi Shrine is Chuzenji Temple. While both places of worship stand on the banks of the picturesque natural lake, the highest lake in Japan at 4,200 feet above sea level, in Mount Nantai, the Chuzenji Temple lends its name to the lake.

Both temples were founded by the priest Shonin in 784. However, Chuzenji Temple was established as Shodo's training place, perhaps before scaling Mount Nantai to pray. It was originally located near the gate of the holy mountain, but after the 1902 tidal wave, it was moved to its current location, a sacred place on the east side of the lake called the Utagahama.

Worshipped in this temple is Kannon, the Buddhist Goddess of Mercy. Unique to this place is the six-meter high statue of Juichimen-senju Kannon Boastsu (also referred to an Tachiki Kannon), the kannon with 11 faces and 1,000 hands. Believe it or not, the statue was carved out of a tree, which still stands in the precinct to this day. The tree is registered as a National Cultural Property of Japan.

Another statue hold prominence in the temple, that of the Daikokuten and Tachiki-Kannon.

Daikokuten is one of the Buddhism's Seven Lucky Gods associated with wealth and prosperity.

Five Buddhist Deva Kings are housed in the Godai-do Hall located one level above the main temple buildings. It is said that Shodo dreamt of the guardian deities who were supportive in opening the mountain. The hall was built for these gods. From this hall and the veranda, one can enjoy the breathtaking scenery offered by Lake Chuzenji and the mountain ranges beyond.

Chuzenji Temple is the 18th Buddhist temple pilgrims visit on the Bando Sanjusankasho or the "The Bando 33 Kannon Pilgrimage." The 33 temples are sacred to Goddess Kannon and 33 stands for the number of manifestation of the Goddess. The pilgrimage route covers a distance of 1,300 kilometers across the Kanto region (Bando is the old name of Kanto region).

How to get there: From the JR or Tobu Nikko Station, take the Tobu bus until "Chuzenji Onsen"bus stop (about 50 minutes).